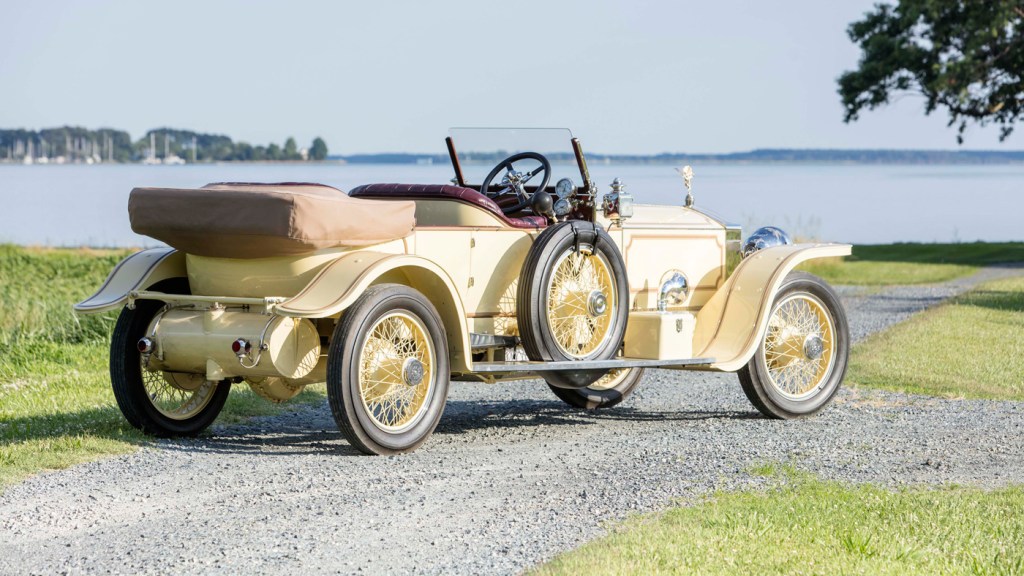 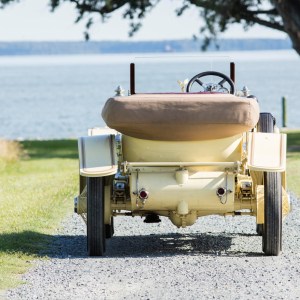 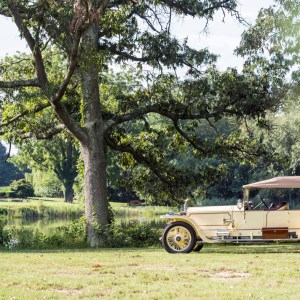 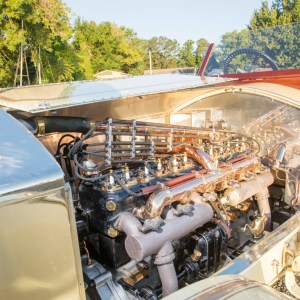 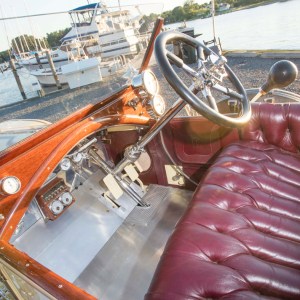 So much of the automotive talk today is about seven-figure hypercars that feature wind-cheating carbon-fiber bodies and hybrid engines producing upwards of 1,000 hp. But let’s remember that in its day, more than one hundred years ago, the Rolls-Royce Silver Ghost was the hypercar—few other machines could touch it.

One such magnificent Ghost, perhaps one of the finest exemplars extant, sold recently for $1,001,000 at the Bonham’s classic motorcar auction in Philadelphia on October 3. It had spent the past 30 years or so at the Henry Ford Museum, and now may once again hit the road.

The car that sold at the Simeone Foundation Automotive Museum boasts a name almost as long as its roughly 12-foot wheelbase: the 1913 Rolls-Royce 40/50 Silver Ghost London-to-Edinburgh Tourer. Chassis number 2380 was built with standard London-to-Edinburgh race features, including larger carbs, higher compression and gearing, and a raised radiator. The enhancements were all to help better contest the fabled endurance run between the capital cities of England and Scotland—a race that helped the Silver Ghost earn the title of “Best Car in the World” according to a variety of in-period publications.

The Rolls-Royce Silver Ghost could be considered the hypercar of its day.  Photo: Courtesy Bonham's.

“When it was introduced in 1907, the 40/50 [denoting its horsepower] Silver Ghost caused an absolute sensation,” says Greg Porter, a Bonham’s Motoring Specialist. He adds that the vehicle was capable of hitting a then impressive 80 mph. “It’s the car that cemented Rolls-Royce as one of the best manufacturers of automobiles in the world.”

Additionally, this particular model also was equipped to deal with the rigors of driving in some of the more remote regions of Britain’s then expansive empire. The so-called “colonial specification” add-ons included a larger radiator and fuel tank for increased range.

“Chassis 2380 stands out because they made a mere 188 of this specification in a 20-year production run of more than 7,000 cars,” says Porter. “Matching-number [chassis and engine] London-to-Edinburgh cars are very difficult to come by. This fantastic result shows that these cars will continue to be extremely desirable for years to come.”