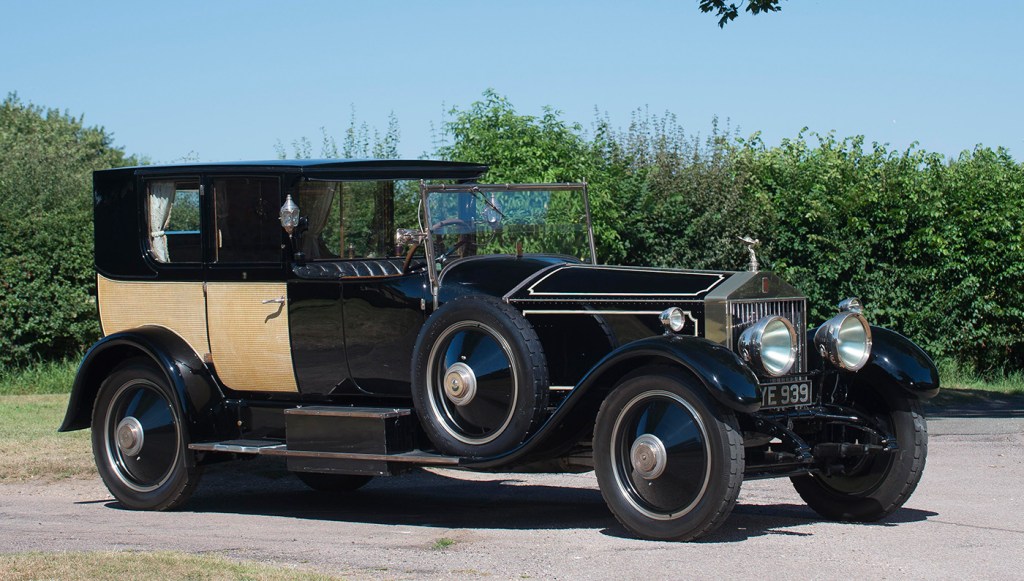 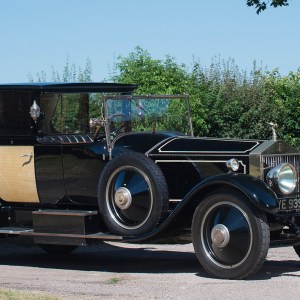 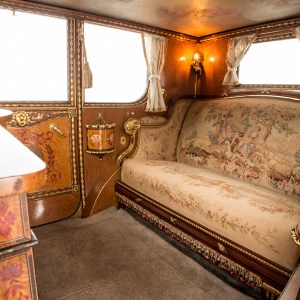 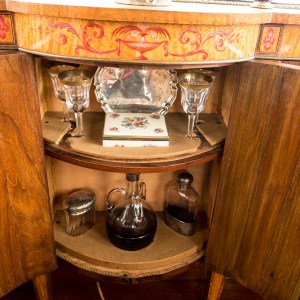 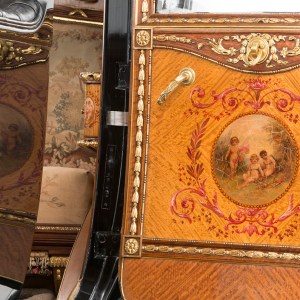 A limousine that Louis XVI would have loved, the 1926 Rolls-Royce Phantom I commissioned by business baron Clarence Gasque will become available to automotive aristocracy at the Bonhams Bond Street Sale in London on December 4. The vintage vehicle was originally a gift from Gasque to his wife, Maude, a devotee of 18th-century French design, and it remains one of the most inspired examples of bespoke coachbuilding to this day.

Referred to as the “Phantom of Love,” the car was customized by Charles Clark and Sons. The firm was under instructions by Gasque (the finance director for Woolworth’s in the United Kingdom) that the refined four-door should be more impressive than the Rolls-Royce Silver Ghost created for one of his peers, Surefire Snow, regardless of cost. Under that missive, a sedan chair owned by Marie Antoinette was replicated as the centerpiece for the cabin—one themed to present a mobile version of Versailles.

The palatial accents include an Aubusson tapestry (which took nine months to make), a ceiling mural presenting playful cherubs, a bowed drinks cabinet (fronting additional fold-down seating), side cupboards, an ormolu clock, two porcelain vases (with flowers fabricated from gilded metal and enamel), and in the corners, cherubic lighting sconces. In all, the interior was responsible for more than £4,500 ($5,600 in today’s conversion, not adjusted for inflation) of the car’s roughly £6,500 ($8,100) price tag at the time.

In 1937, almost a decade after her husband’s passing, Maude placed the unique display of his affection in storage, where it remained until sold to collector Stanley Sears in 1952. Sears would be succeeded by several other stewards in the years that followed, including the highly coveted car’s current owner, who is ready to let it ride on the open market. One of 29 lots set to cross the block, the 1926 Rolls-Royce Phantom is expected to fetch up to $870,000. The crown for most expensive entry, however, will most likely go to a 1957 Mercedes-Benz 300 SL Roadster with an estimated value range extending to $1.5 million. Bidding will be accepted in person, by phone, or online. (bonhams.com)