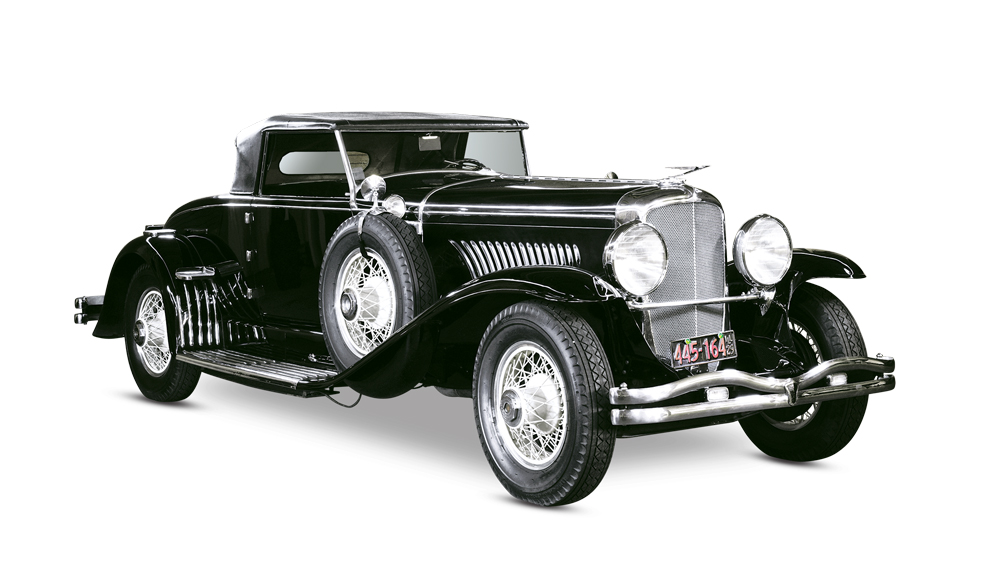 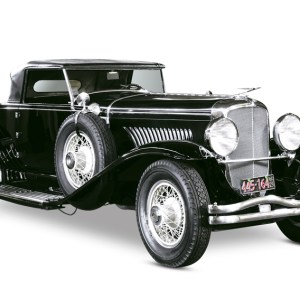 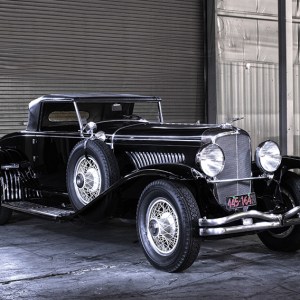 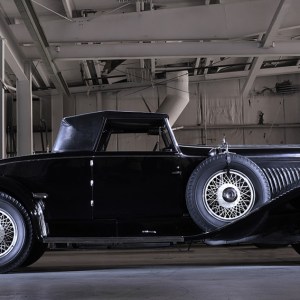 When the Duesenberg Model J debuted at the New York Auto Show in late 1928, reviving the company name, it was the fastest and costliest American automobile on the market. With an $8,500 chassis—about $118,600 today—and an inline-8 based on the company’s prizewinning racecars, the 265 hp “Duesy” was built to compete with European luxury marques like Mercedes-Benz and Rolls-Royce, and it won the attention of big shots and starlets alike, from William Randolph Hearst and Al Capone to Mae West and Marion Davies. On October 11, at a sale of historic automobiles, Morphy Auctions will offer a 1929 Duesenberg Model J Murphy Roadster originally owned by Carolyn Mae Hoopes, the socialite wife of a steel-manufacturing tycoon. One of just 50 convertible bodies built by the Pasadena, Calif.–based coachbuilder Walter M. Murphy Co. for the “short” (approximately 12-foot wheelbase) Duesenberg chassis, the model J-192 features a custom leather roof that was installed in place of the factory cloth top at the owner’s request. The roadster has been driven just 33,000 miles and received only minor restorations in its 86 years—including a repainting of the intricate spoke wheels to their original cream hue—preserving the dignified Duesy in its heyday glory.