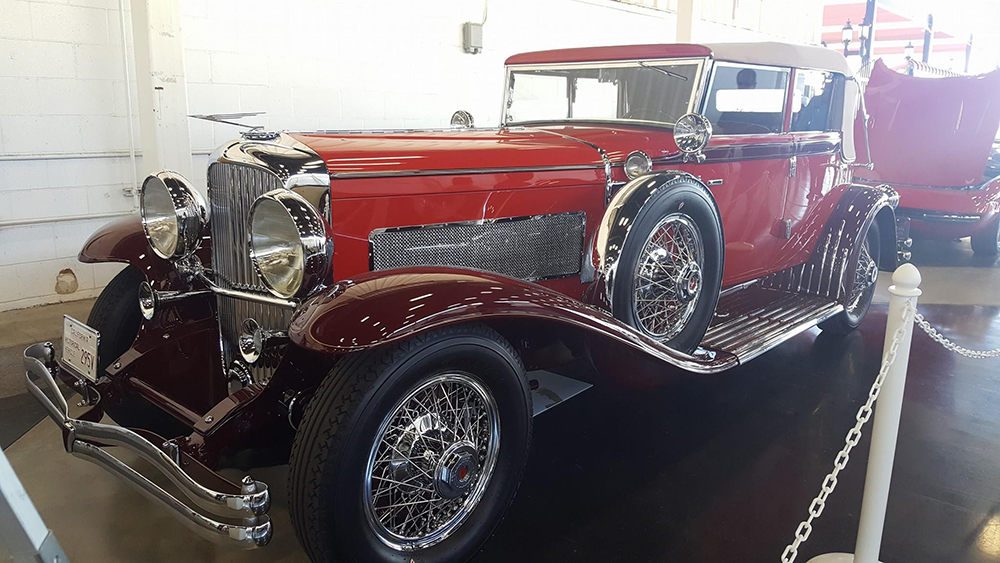 The third annual Classic Auto Show at the Orange County Fair kicked off in California last weekend, with an impressive 1931 Duesenberg Model J taking the top prize of Award of Excellence: Grand Boulevard Walk of History, beating out some 1,500 other rare vintage cars and trucks at the extravaganza.

A little bit of everything was on display for Southern California attendees, including antiques, pre- and post-war machines, hot rods, muscle cars, Japanese imports, low-riders, and more. Since the festivities occurred over St. Patrick’s Day, a “40 Shades of Green” collection showed off a number of green wheels. The star collection, though, was the Grand Boulevard, which is an assembly of 30 historically significant vehicles, including the 1931 Model J Duesenberg, a 1973 Ferrari 365 GTB/4 Daytona, a 1941 Tatra T87, a 1915 Pierce Arrow Model 48 Seven Passenger Suburban, a 1962 Fiat Jolly, a 1956 Cadillac Limousine 7533 which was used by Spanish dictator Francisco Franco, and a 1976 Bricklin SV1—a gullwinged sports car from Canada (powered by an AMC V-8!) that’s been likened to a Canadian iteration of the DeLorean.