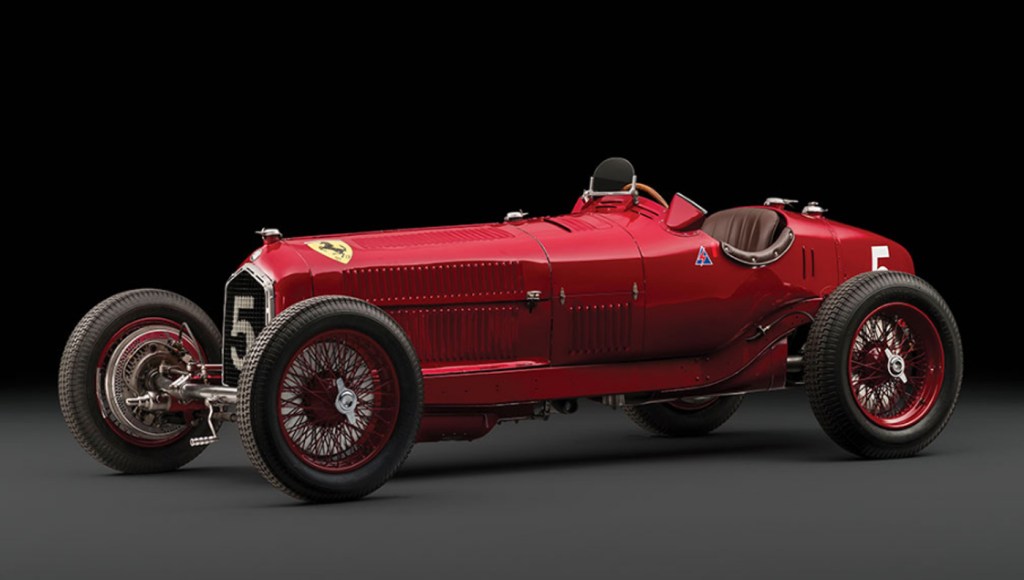 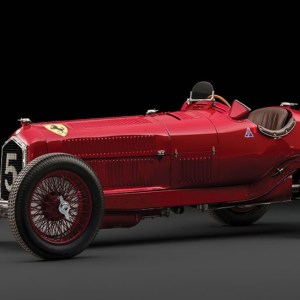 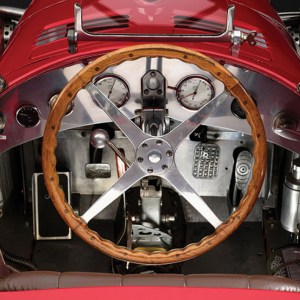 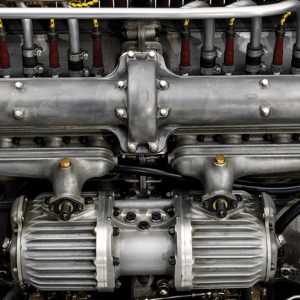 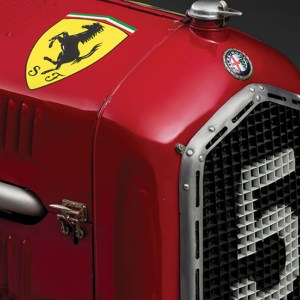 The City of Lights shined a bit brighter earlier this month, at least for car collectors in attendance at RM Sotheby’s: Paris, the automotive auction house’s annual sale in the French capital on February 8. By the final hammer fall, more than $29.2 million had been garnered—the highest amount in the event’s history. Revving up the overall revenue were three performers in particular, a 1934 Alfa Romeo Tipo B P3, a 1973 Ferrari 365 GTB/4 Daytona Spider, and a 1988 Porsche 959 Sport that, altogether, brought in greater than $8.5 million of the final total.

“The Paris sale was important on a number of levels, but more than anything, the results demonstrate that the European market remains incredibly strong,” explains Peter Wallman, managing director of RM Sotheby’s Europe. “Collectors are looking for quality, and rarity is still the key driver to some of the most significant values.” To Wallman’s point, the most expensive lot of the evening was a 1934 Alfa Romeo Tipo B P3 (pictured above). The car is a sterling example of the first monoposto (single-seater) Grand Prix model made. In 1932, six vehicles in the new line were produced for competition and dominated that year with Grand Prix wins in Italy, France, and Germany—including sweeps of the top three positions in the latter two events.

By 1934, economic issues forced the marque to abandon a direct racing presence but it still built another seven cars with bolstered bodies and boosted 2.9-liter engines that competed for Scuderia Ferrari. The one presented in Paris, chassis No. 50006, was the sixth fabricated out of this second generation and was raced through 1935, the same year it came in fourth place at the Masyrk Grand Prix in Czechoslovakia while piloted by Antonio Brivio. Others to have most likely sat in its cockpit include such notable names as Tazio Nuvolari and Achille Varzi. At the auction, bids for the roadster raced to more than $4.1 million.

“Headlining our Paris sale with a P3 Alfa was a real honor,” says Wallman. “It’s evocative of the golden era of prewar racing, especially having had the likes of Nuvolari—“the Flying Mantuan”—wrestling the wheel. And with the Scuderia Ferrari shields adorning the bonnet, it’s an instant reminder of Enzo Ferrari’s early exploits.” One of the Prancing Horse marque’s own speedsters made an impression among attendees as a 1973 Ferrari 365 GTB/4 Daytona Spider (pictured above) spurred bidding past $2.2 million. The crimson classic features a 352 hp, 4.4-liter DOHC V-12 engine (with six Weber 40 DCN17 carburetors) and a 5-speed manual transmission. The pairing allows the open-top to tackle zero to 60 in 5.4 seconds on its way to a top speed of 174 mph.

The chassis presented, No. 16801, was built by Carrozzeria Scaglietti in the model’s final year and was one of only 121 examples ever produced. With just three documented owners in four decades, the shark-nosed soft-top underwent a thorough restoration in 1995 and registers a mere 20,314 total miles on the odometer—elements which only added to its allure at auction.

Also among the evening’s top three finishers was a 1988 Porsche 959 Sport (pictured below) which was part of a 13-lot selection culled from a private collection out of Switzerland. The 959 line premiered in 1986 as the fastest street-legal car in production and was innovative with its use of all-wheel-drive, adjustable suspension, and sensors that monitored tire pressure. At the coupe’s core is a 522 hp, twin-turbocharged flat-6 engine mated with a 6-speed manual transmission. The power train gave the Porsche the ability to launch from zero to 60 mph in less than 4 seconds and top out at close to 200 mph. Although a total of 284 examples of the 959 rolled out of the factory, only 29 featured the Sport specification while the rest were dressed with the more lavish and aptly named Komfort trim. The former included a leather-ensconced road cage, a four-point harness system, and a weight reduction of 220 pounds due to the lack of a stereo and air conditioning among other measures for minimalism.

The car on offer had only three owners comprising its provenance, was meticulously maintained, and never modified. Not surprisingly, it also spent six months at the Porsche Museum in Stuttgart, Germany, before trading hands through RM Sotheby’s for more than $2 million. “Clearly, Porsche is still the star marque in the ascendance,” says Wallman. “In many respects, the sale was noted as a further demonstration of the continued demand for Porsche’s best modern-era examples.”

Next up on the RM Sotheby’s circuit is its 19th annual Amelia Island Concours d’Elegance auction in Amelia Island, Fla., on March 10 and 11. (rmsothebys.com)