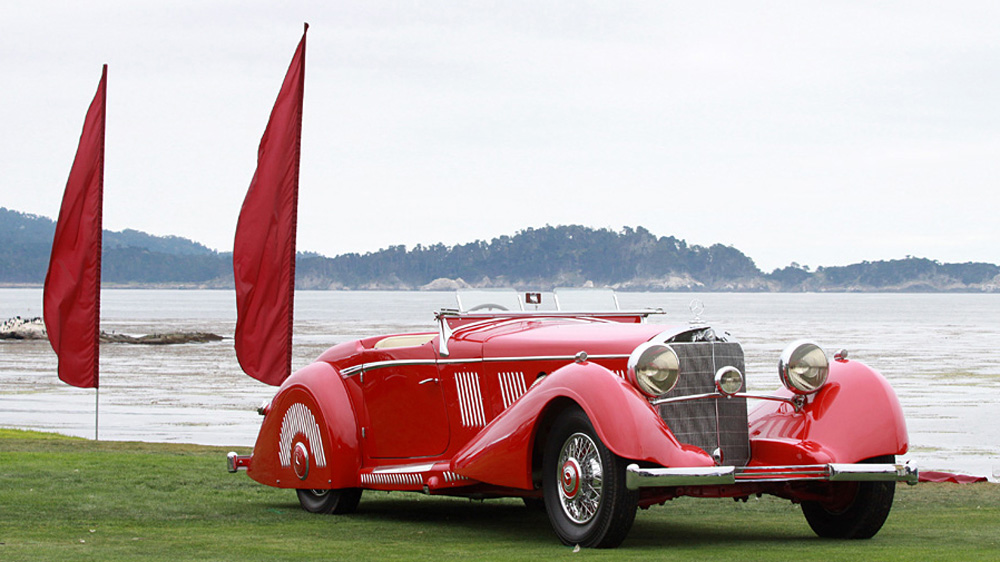 In the grand scheme of things, 18 months isn’t a long time. It certainly isn’t enough time to drastically impact the value of a broad segment of collector cars. The general value of a particular model—even one produced in limited numbers—won’t be seismically altered across one and a half calendar years. But it is plenty of time for an individual car’s value to change, which is exactly what happened with this 1937 Mercedes-Benz 540k Special Roadster that is currently available for private sale through Mecum Gallery.

When this particular car—chassis and engine No. 154080—last crossed the auction block during the Bonhams Quail Lodge sale in August of 2018, the German roadster exchanged hands for almost $3.3 million. The hammer price represented a nearly $750,000 increase in the car’s value since its last public sale in 2007. However, the auction result didn’t approach the $7 million, $8 million, or $11 million marks that other equally rare Special Roadsters have set during the previous decade. It was head scratching, especially since this particular prewar Mercedes featured a one-of-a-kind body designed by British coachbuilder Mayfair.

As it turns out, there was a very good reason why bidding on the car remained conservative. At the time, it was believed that the car had been considerably damaged in a garage fire during the 1960s, so much so that the majority of the vehicle’s bodywork, including the wood frame and much of its original metalwork, had to be refabricated. Resuscitation efforts of that magnitude understandably changed how collectors and would-be bidders perceived the example and its overall value.

“Nobody knew the real story,” explains Rob Williams, an experienced collection curator and a Mecum Gallery representative. “There was speculation about what metal was new and what metal was original.”

This example features a one-of-a-kind body by Mayfair and carries matching numbers for the chassis and engine.  Photo: Courtesy of Mecum Gallery.

Mecum’s team of specialists recently dug deep into the automobile’s past, contacting members of the family that had owned the car during that questionable time period. What they learned—all facts documented by photographic evidence—is that the firefighters who were called to battle the blaze had removed portions of the car’s body to combat the fire, but those body panels and doors were never destroyed or lost in the fire. The car did require new wood framing, but that’s the extent of new components that were needed.

“The car is fully documented from day one, and it’s 100 percent numbers-matching,” says Williams, “just the way it came out in 1937. The metal on that car is original.”

Now set for private sale through Mecum, the Special Roadster carries a sticker price of $7.5 million. It’s a sizable increase from the amount achieved in Monterey, Calif., in 2018, but then, the car itself feels dramatically different. As Williams points out, the car’s unique coachwork only reinforces that feeling. “Any model that is a one-off is always highly desirable,” he says, “especially one that’s a 540K Special Roadster.”