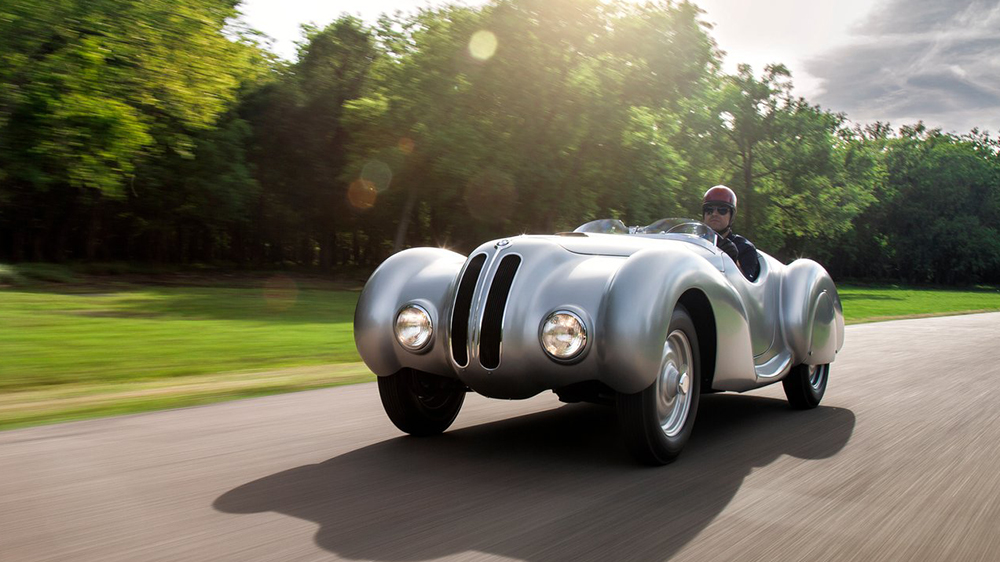 Carrozzeria Touring Superleggera has been providing bespoke body work for nearly a century—and, contrary to what you might think, it hasn’t all been for Aston Martin and Ferrari. Case in point: A rare 1940 BMW 328 roadster decked out with the Italian coachbuilder’s iconic tubular A-frame chassis has just been listed for sale.

The classic model is being offered by collector car dealer DriverSource for $795,000. Its design, which arguably put BMW on the map and helped influence automotive design in the years to follow, was created by auto engineer Fritz Fieldler and his former assistant Rudolf Schleicher. True to the Superleggera legacy, the curvy exterior is composed of thin-gauge aluminum panels that lay over a steel tube structure. Making the model even more special, this 328 is believed to be one of the first special Touring bodied cars built for BMW, and just one of seven with a dry-sump engine.

The front profile of the 1940 BMW 328 Superleggera Roadster.  Courtesy of Driver Source

The two-door coupe was built with independent front suspension and a live rear axle leaf spring. It remains largely in original condition—that is, after a bit of a detour: In the ’50s, the car’s body was placed a Simca chassis (sourcing parts for the car had apparently proved too difficult for the owner). But by 1990, the 328 was once again paired with its original frame, just a decade before it underwent an extensive ground-up revamp by famed coachbuilder Fran Roxas.

The roadster weighs in at 1,720 pounds in race-specs and is powered by a pushrod-actuated, twin-cam 2.0-liter straight-six. The inline engine, similar to the one found in BMW’s 326 and 327, delivers 80 hp and 93 ft lbs of torque. That’s enough grunt to push the car from zero to 60 mph in 10.5 seconds, leading it to a top speed of 93 mph. For added zip, the coupe has been given a trio of Solex 30 JF downdraft carbs that provide an added dose of fuel when needed for higher speeds.

The rear of the stunningly-preserved model.  Courtesy of Driver Source

The outbreak of World War II brought an early end to the BMW 328 series—only six prototype examples of the BMW coupe were built with the Touring Superleggera bodywork. Carrozzeria Touring also folded in 1966, causing its prior releases to become even more coveted on the collector market. Though the coachbuilder would reopen in Milan in 2006, those factors combine to make the 328 a true rarity.

If you’re interested in adding the roadster to your collection, visit DriverSource’s website for more details. And check out more images below.