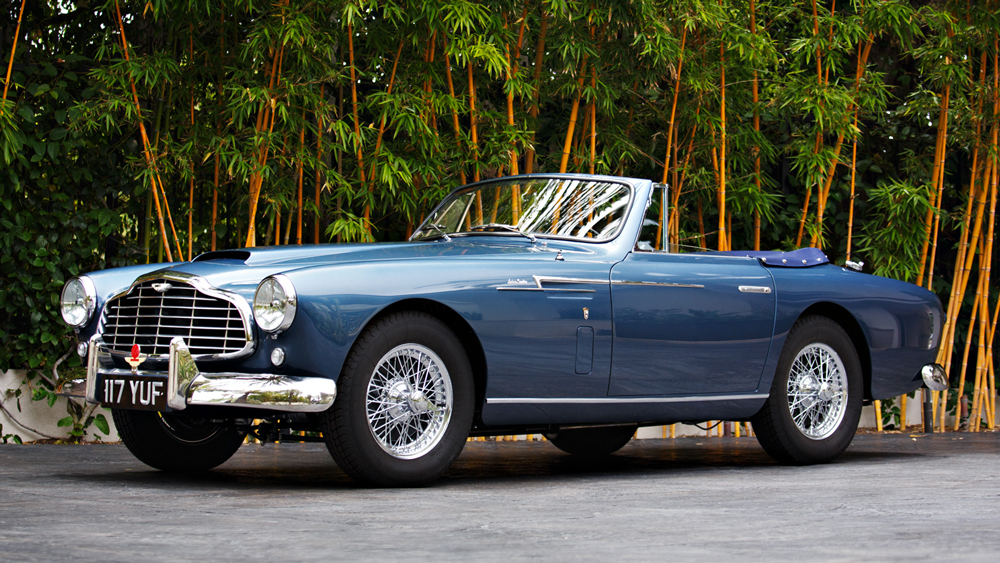 The 2021 collector-car auction season launches digitally with Gooding & Company’s Geared Online Scottsdale Edition, beginning January 18, 2021 and closing January 22. Two cars—made nearly three decades apart, and the most recent being 66 years old—are sure to be highlights of the event.

Few things feel better than commissioning a custom suit from a famous Italian fashion house. Back in the early days of Aston Martin, prior to the sleek, Italian-designed DB4 series penned by Touring and the 19 examples of Zagato-bodied GTs, the cars from Feltham wore stoic—even antiquated—bodies just begging for a little flair. That’s when Aston Martin owner David Brown commissioned Italian coachbuilder Bertone to create a new look for the DB2/4 chassis, a model made from 1953 to 1957. The result was two show-stopping designs.

Bertone’s in-house designer Franco Scaglione created a way-out Spider, of which three examples were made, closely resembling the Arnolt-Bristol Roadster of the same period. Bertone also engaged freelance stylist Giovanni Michelotti to create this elegant Drophead Coupe, two of which were built.

One of those, chassis No. LML/506 and the car coming to auction, was originally sold to San Francisco Opera member Edith Field, who went on to enter it in the 1955 Pebble Beach Concours d’Elegance, where it took third place. Imagine a one-year old car placing in the winner’s circle today! This 1954 Aston Martin DB2/4 Drophead Coupe by Bertone, fully restored in the UK to correct original specification in 2006, subsequently came to America and is offered this January with an estimate as high as $1.4 million.

The car was fully restored to original specification in 2006.  Photo by Brian Henniker, courtesy of Gooding & Company.

European races during the 1920s and 1930s—especially in France—were frequently dominated by cars from Molsheim. Bugatti’s Type 35 was a high-strung, straight-eight lightweight that terrorized larger cars and became one of the winningest machines in the history of motorsport. The ferocious little Type 37 Grand Prix car on offer was outwardly similar to the Type 35, but is powered by a 1.5-liter inline-four, making it more user-friendly—then and now—for road-based events and rallies.

Many Type 37s saw active duty in the day, running Le Mans, the Mille Miglia and the Targa Florio. Chassis No. 37227, a 1926 Bugatti Type 37 Grand Prix, was ordered by a customer in southwest France and remained there until around 1958, when it came Stateside and was owned by Broadway set designer Peter Larkin until his death in 2019.

A Bugatti with nearly 60 years in the hands of a single owner is rare, and makes this example particularly cherished within the community of Bugatti caretakers. It is offered with an estimate of $650,000 to $850,000.