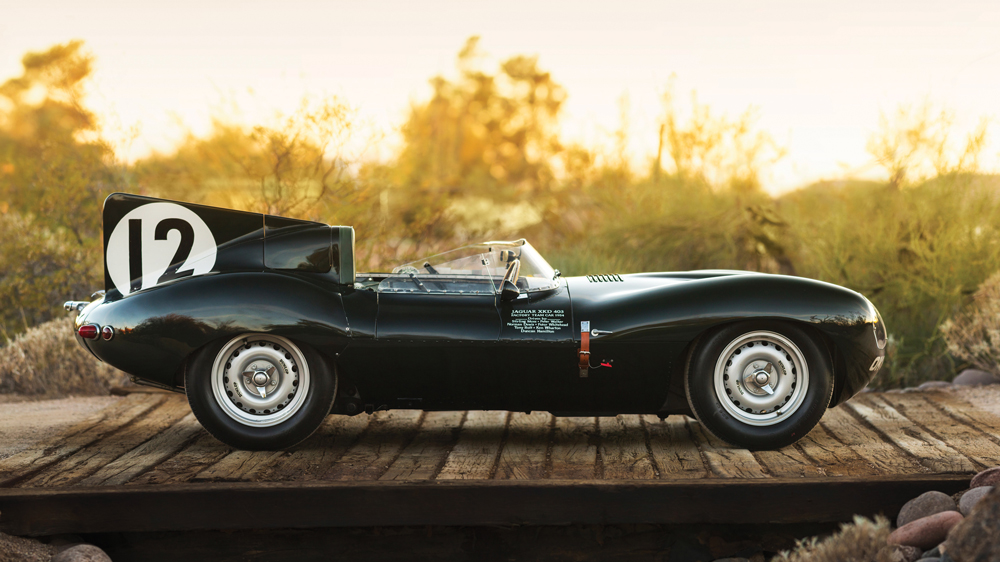 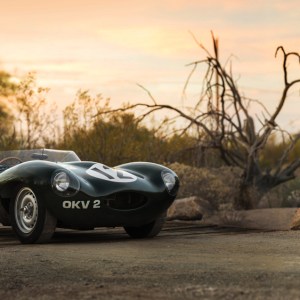 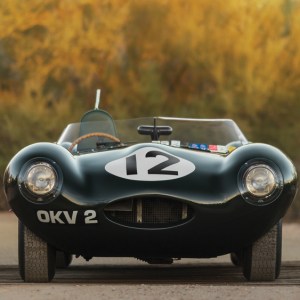 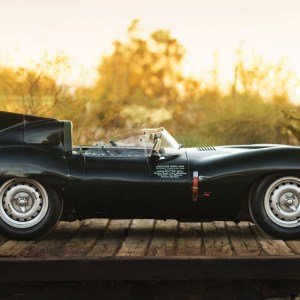 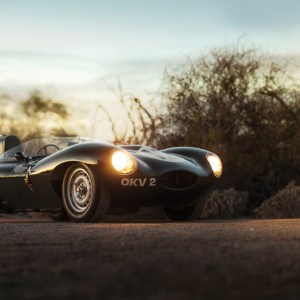 While vintage Ferrari racing cars have in past years surged from being merely celebrated to positively iconic—with seven- and even eight-figure auction prices to match—Britain’s finest road warriors are steadily getting their due.

That’s the case with a star of RM Sotheby’s upcoming Arizona auction January 18 to 19—a factory-works 1954 Jaguar D-Type that not only raced at Le Mans with fabled drivers such as Stirling Moss at its wood-rimmed steering wheel, but also served as a critical test car for the development of the Coventry company’s racing squadron.

With its stabilizing tail fin, forest-green hue, and historic pedigree, there’s little surprise that this Jag is expected to fetch between $12,000,000 and $15,000,000. That sum is perfectly in line with a few other record prices paid for legendary British iron, including a 1962 Aston Martin DB4GT Zagato that went for $14.3 million in 2015 and a 1956 Aston DBR1 that sold for a staggering $22.5 million last summer. The Jaguar D-Type record is currently held by the Le Mans–winning, privateer-run 1956 Ecurie Ecosse D-Type that was hammered down for $21.7 million in 2016.

The 1954 machine on offer, known as OKV 2, may not have won Le Mans—in fact, it was a DNF in that year’s contest—but it did manage to allow driver Moss to hit a mind-numbing 172 mph down the Mulsanne Straight, which in a ’50s racer would feel more like doing 250 mph in today’s high-tech cars.

“There were only six “works” D-Types built, and this one is known as the most raced and most developed of them all—which, by competing, heavily assisted in the development of everything from engines to brakes,” says RM Sotheby’s specialist Jake Auerbach, noting that the list of drivers who slipped behind the wheel of OKV 2 include British stalwarts Peter Walker, Bob Berry, and Peter Blond.

“You may mind more winning D-Types out there, but in terms of who drove this car and its relevance to Jaguar’s history, this car can’t be beat,” says Auerbach. “Besides, it will also get you guaranteed invitations to all the big [historic racing] events.”

Following a few decades in storage after its ’50s heyday, OKV 2 was faithfully restored and campaigned by its various enthusiast owners at hallowed gatherings such as the Goodwood Revival, Colorado Grand, California Mille, and Monterey Historics.

“On paper, I’d venture that this car is as important as anything Ferrari ever built,” says Auerbach. “As the [collector] market continues to mature, more people do their research about the history of all the great teams that competed in the golden era. And when you do that, you quickly see that so many great British marques had their moments of dominance.”