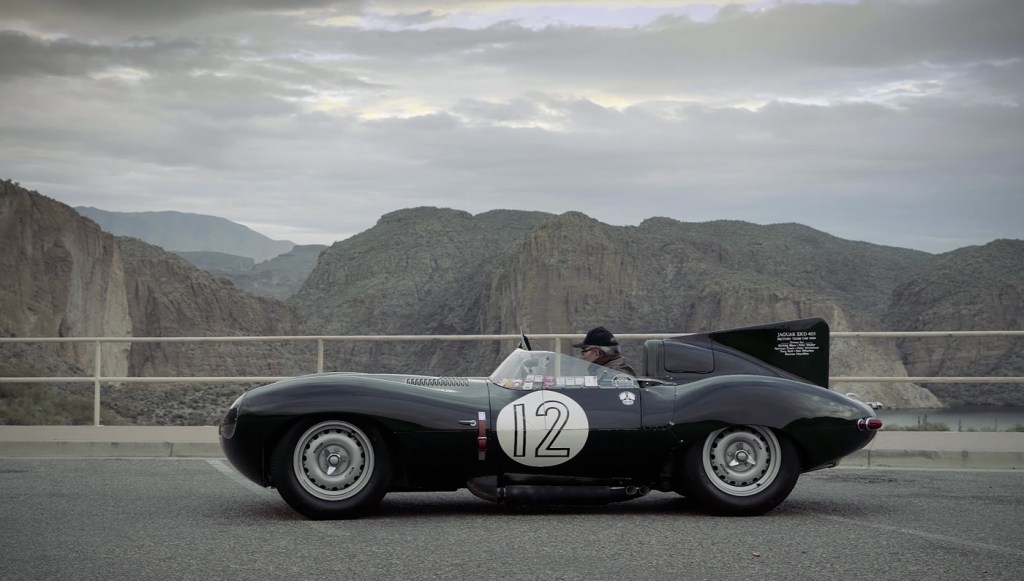 A ferocious cat in competition, the Jaguar D-Type dominated the 24 Hours of Le Mans during its 4-year production period, winning the endurance event each year from 1955 through ’57. One example in particular pioneered the model’s place in history, the 1954 Jaguar D-Type OKV 2, the marque’s lead team entry for that year’s running of the renowned race.

Piloted by Stirling Moss and Peter Walker in practice, the car was the fastest in the field and set a speed record on the course’s famed Mulsanne Straight, where it tore to 172.8 mph. But victory would elude the heavily favored roadster as it was afflicted with contaminated fuel on race day and failed to finish. Its engineering and design DNA, however, would be passed on to its ultimately successful successors.

RobbReport.com’s partner Petrolicious caught up with the historic Jaguar’s current owner, collector Terry Larson, who shares why letting it run free is his form of therapy. (petrolicious.com)