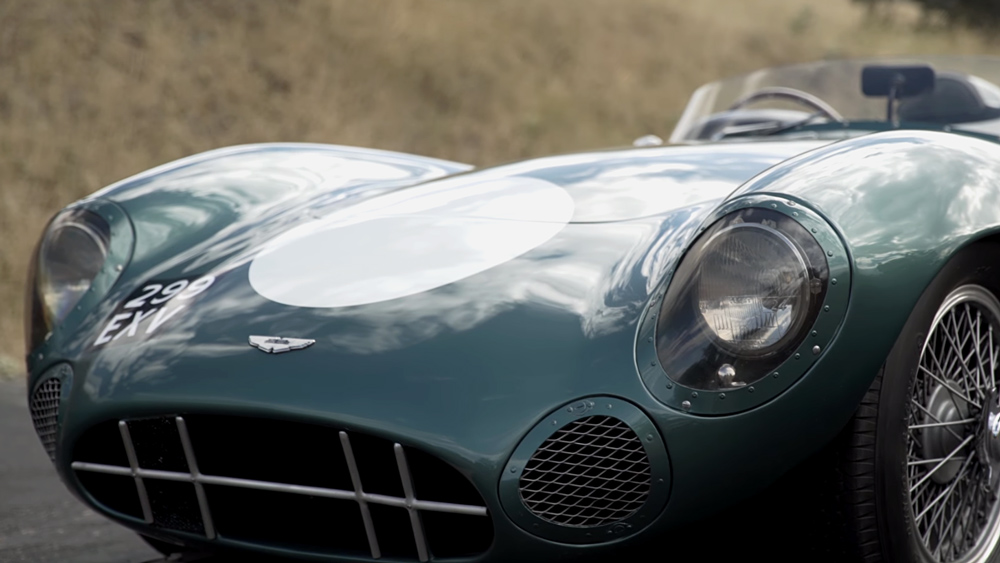 “We think of Aston Martin as a luxury, grand-touring brand, but this is only really true because of Aston Martin’s heritage—its DNA—in racing,” says automotive historian Stephen Archer. And, according to him, the pinnacle of the Aston Martin’s competition cars was the DBR1.

First built in 1956, the DBR1 was developed to put the marque on the map as a contender in the World Sportscar Championship series and, more specifically, the 24 hours of Le Mans. The racer was conceived by a very small cadre of David Brown’s top talent, which was led by Ted Cutting—the man responsible for the design of not only the car’s chassis and body but the engine, as well.

While the DBR1 had victories in the years immediately following, its true shine would appear in 1959. During that season, drivers Sterling Moss and Jack Fairman entered the 1,000-kilometer Nürburgring endurance race behind the wheel of the DBR1/1. Despite Fairman piloting the car into a ditch before singlehandedly extricating it, the duo went on to finish first. Three weeks later, the sibling DBR/2 took top honors at Le Mans.

Watch as RobbReport.com’s partner Petrolicious discovers how the original DBR1/1 has not let time take away its youthful vigor. As the classic competitor rips down country roads, it’s clear that there’s still plenty of fight left in this fine racer.