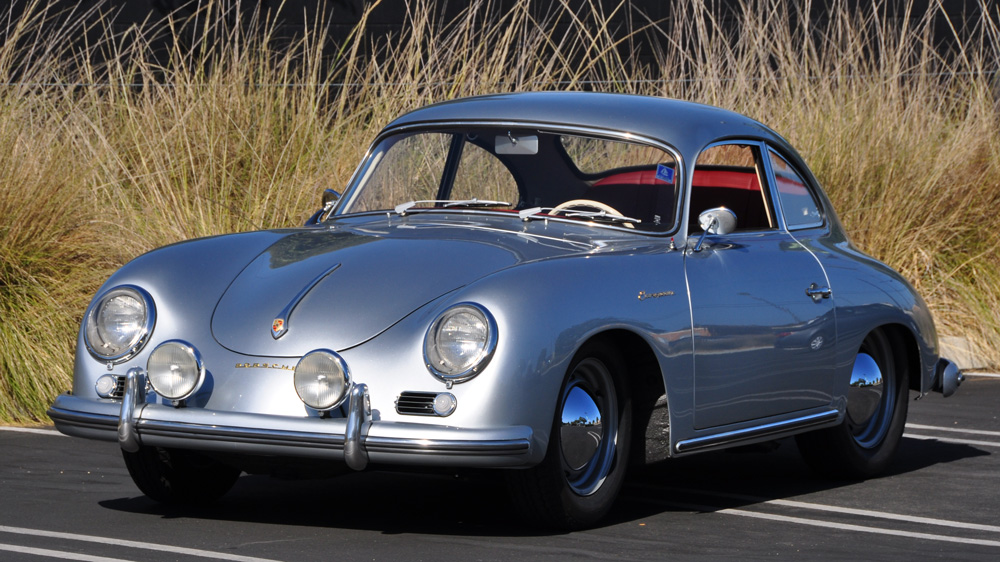 It’s not too late to get your favorite car fanatic the gift of a lifetime: a European-spec 1956 Porsche 356 coupe in German Racing Silver. This this gem is, reportedly, one of 350 such cars to hit US shores that year courtesy of Max Hoffman, the man responsible for making the then-new automaker’s fortunes in post-war America.

This particular 356 will be featured at Russo and Steele’s Scottsdale, Ariz., auction in January with an estimated value from $225,000 to $275,000. It comes fresh from a one-year, 2,000-hour top-to-bottom overhaul at Liberty Restoration in Costa Mesa, Calif. Jim Liberty took ownership of this museum piece from a gentleman in Ohio, and set about either reconditioning or replacing many parts with as many original or period correct options as possible. The restoration also included blueprinting the rebuilt engine and transmission.

For gearheads ticking boxes, Russo and Steele reports that the 356 now boasts an engine with Carrillo rods and Shasta pistons, a refreshed suspension and brake system, rally driving lights, an electric fuel pump to prime the dry carburetors, as well as the original tools, jack and owner’s manual.

A few of the car’s original or period-correct components and accessories.  Photo: Courtesy of Russo and Steele.

“The Porsche 356 started a cult-like following that still exists today for Porsche,” says Drew Alcazar, president and CEO of Russo and Steele. “Look at any modern 911, Cayman or Boxster and you’ll see that the basic design is still there. This particular example is rare due to its European designation and would be at home on any concours lawn.”

The restoration also included blueprinting the rebuilt engine and transmission.  Photo: Courtesy of Russo and Steele.

In fact, one truly rare aspect of this 356 is a “flash to pass” horn button, befitting some Continental provenance, where flashing to pass on highways is the norm. And perhaps the last perfect touch on this coupe is its color scheme, silver over a red interior.

The 356’s silver exterior is classically complemented by a red-accented interior.  Photo: Courtesy of Russo and Steele.

That’s the same color combination that came to define Porsche’s iconic 550 Spyder, which started the company on its winning road-race ways a few years before. With 550s trading hands for anywhere from $3 million to $5 million, this 356 is a far less costly way to grab a part of Porsche’s stellar history.