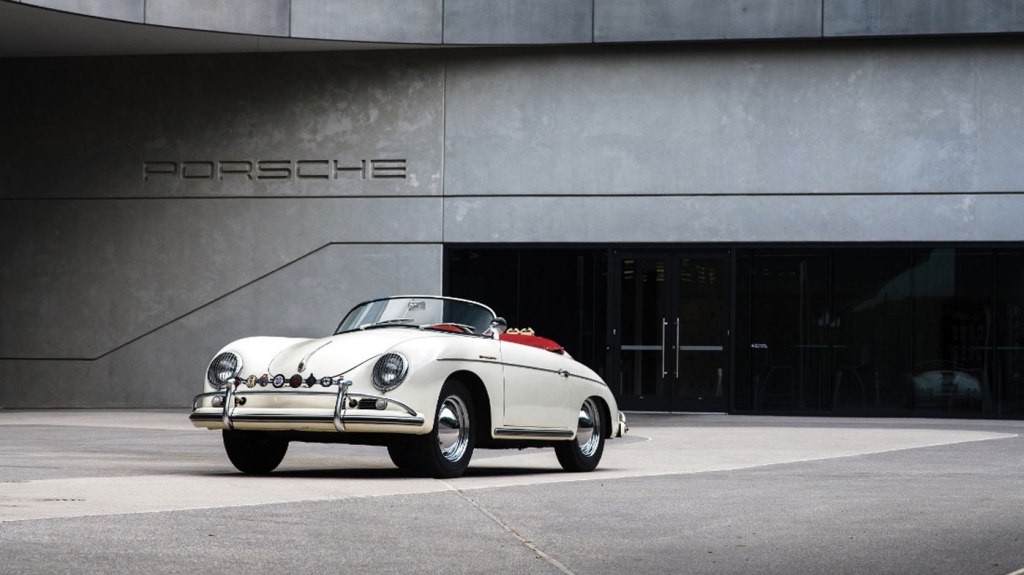 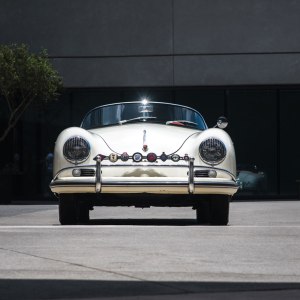 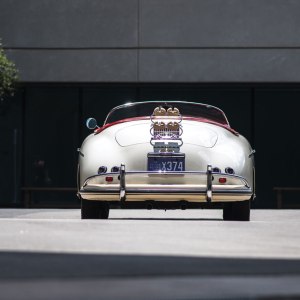 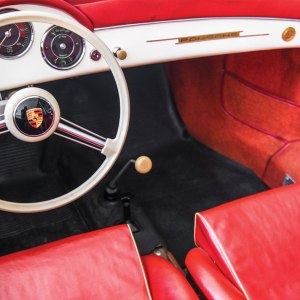 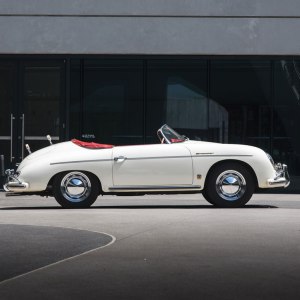 There are Porsche 356 A Super Speedsters, and then there’s the numbers-matching 1956 example that will cross the block during the Porsche 70th Anniversary Sale, presented by RM Sotheby’s, at the Porsche Experience Center in Atlanta on October 27. Estimated at $500,000 to $600,000, it’s had a grand total of two owners and is in such original condition—from its white body by coachbuilder Reutter to its red interior trim and upholstery—that you can count its non-original parts on one hand.

RM Sotheby’s car specialist Ramsey Potts explains: “It had its hood repainted 10 years ago after a repair shop that was doing maintenance took the hood off to make it easier to get to the gas tank, and they dropped the hood. And though it comes with its original wheels, in the ’60s the owner purchased Porsche factory chrome rims. That’s about it. Otherwise, she exists today as she was created in Stuttgart. “I cannot give you an example of a Porsche that’s 62 years old that’s in as good a condition as this one and is as original. We’ve done nothing to this car. No washing, no waxing. We wiped it down with a cloth, and it’s as beautiful as any of the restored cars that are on display in Atlanta.”

How does a coveted Porsche survive for decades in such an exquisite state without needing any restoration work along the way? The person who owned it for 52 of its 62 years cared for it exceptionally well and didn’t drive it all that often, only putting 3,000 of the 35,302 miles on its odometer. There’s a practical reason behind this evidently heroic level of restraint. The longtime owner stands six feet, four inches tall, and he found the two-seater Porsche uncomfortable to drive. But he couldn’t bring himself to sell it until now. Potts recalls the consigner telling him, “It was just so beautiful. I just like to look at it.”