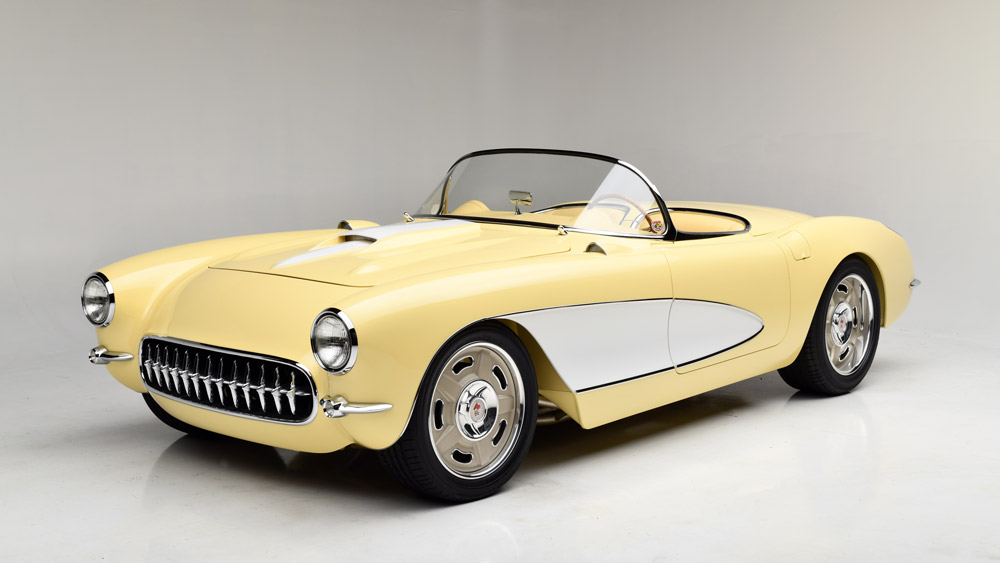 Barrett-Jackson is best known for two things in the world of collector cars: offering the vast majority of its vehicles for sale at no reserve and projecting the future demands of collectors by selling vehicles that appeal to a burgeoning audience’s ideals and preferences.

When the auction house hosts its annual week-long sale in Scottsdale on January 12 through 20, a custom 1957 Corvette roadster will cross the block with no reserve, assuring prospective bidders that the sportster will roll off with a new owner. It also embodies the interests—classic styling married to modern-day drivability—that younger car enthusiasts are valuing.

“We’re selling more and more cars that appeal to the X-geners and the millennials,” says Craig Jackson, the auction company’s chairman and CEO, who acknowledges that this car encapsulates the demands of the next generation. “Restomods continue to flex their muscle, and people are resto-moding everything nowadays. They want cars that they can drive and have fun with. They don’t care as much about fuel injection or four-barrel cars. They want better-driving cars and they’re appreciating the craftsmanship and uniqueness of these restomods.”

This Corvette was constructed by Steve Frisbie, the owner of Steve’s Auto Restorations in Portland, Ore., who built a 1933 Ford Roadster that won the Ridler Award at the 2017 Detroit Autorama. His Corvette looks the part of a pure 1957 example only from a distance. Upon closer examination, the car’s hood scoop reveals itself as a custom build modeled after that of a 1967 Sting Ray “Stinger” big block ’Vette. The windshield is taken from a 1953 Corvette, and is two inches shorter than the ones that were installed on classic 1957 models. The trunk lid, with its recessed license plate, is another Corvette component from a slightly earlier time, equipped with stock 1957 taillights and rear bumper that Frisbie redesigned and fabricated for a tight fit.

Best of all, the car is equipped with an LSA 6.2-liter supercharged Cadillac engine capable of 556 hp. Also part of the power train is a T56 six-speed manual transmission. In short, the custom Corvette roadster delivers contemporary power and handling to match its polished, sparkling appearance.

“This car handles like a newer sports car when taking curves and sticking to the road, with a ‘not too firm’ independent combination C4 and C5 suspension to soak up the irregularities in the road surfaces,” Frisbie told Barrett-Jackson. “The responsiveness of the 556 hp, supercharged Cadillac motor is instantaneous. Shifting the six-speed Tremec manual transmission is like running a hot knife through melted butter as you go through the gears.”