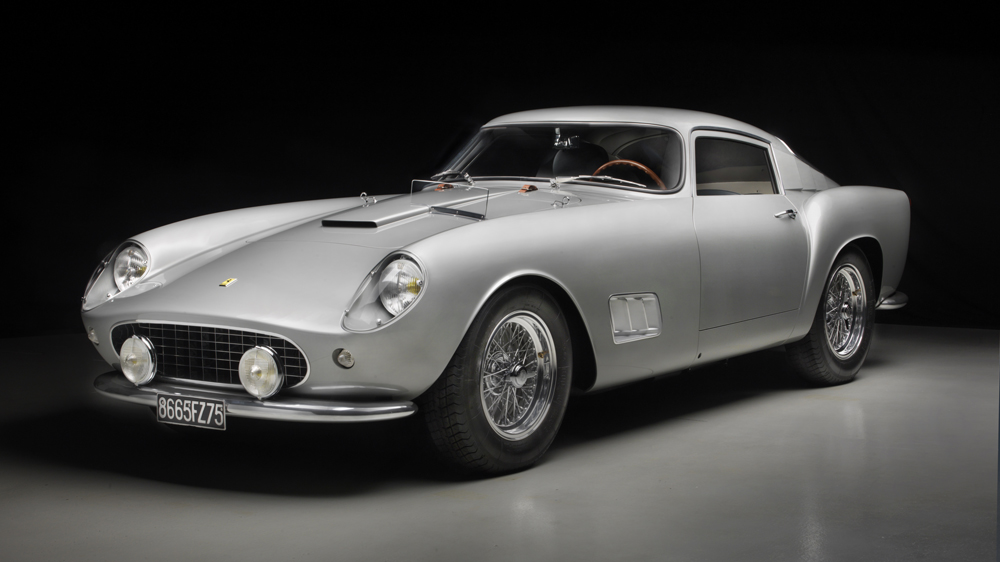 In August, Northern California’s Monterey Car Week is the place to be for automotive collectors itching to swap serious money for serious vehicles, and Broad Arrow Auctions is planning to offer about 80 such rarified examples at its inaugural sale on Thursday, August 18, at the Monterey Jet Center. One of the star cars set to cross the block is a genuine treasure, one as historically significant as it is rousingly beautiful and mechanically inspired.

Among Ferraris, the Ferrari 250 GT LWB Berlinetta “TdF” is regarded as a landmark, a model that racked up so many motorsport victories—at the hands of a small group of drivers—that it thereafter assumed the name Tour de France in recognition of its dominance of the 10-day race, which the model won three years in a row from 1956.

The long-lived 250 series was made in an assortment of variants designed for sports-car racing or road use between 1952 and 1964. Under the elongated hood of each was originally Ferrari’s 3.0-liter, Columbo-designed V-12 engine that develops between about 240 hp to 260 hp and proved immensely successful in competition. This was especially the case when the mill was placed in the 250 GT Berlinetta, of which 77 examples were built in four series from 1956 through 1959. Series I, II, III and IV are distinguished by numerous small details, most notably by open or covered headlamps, while the windowless rear quarter above the beltline incorporates either a single vent, three louvers, 14 louvers—or no louvers or vents at all.

Of the Tour de France version, chassis No. 0619 GT is one of the finest examples in existence, and benefits from a complete known history from new. Its provenance is enhanced by official Ferrari Classiche Certification and Classiche’s accompanying Red Book, certifying that the car retains its original chassis, engine, gearbox and body. That body is as alluring as any found on an Italian car of the era.

Designed by Pinin Farina and built by Scaglietti, the coachwork features balanced and slightly aggressive proportions that honor the winning formula of a long hood and set-back cabin. Flowing front fenders are punctuated by covered headlights, a signature of the most elegant Ferraris of the period, while at the rear, tidy taillamps sit like apostrophes at the end of delicate rear fins. And the vehicle’s curvaceous backlight and lack of rear-quarter windows emphasize the car’s dramatic fastback profile.

Of the model line’s “Tour de France” version, chassis No. 0619 GT is one of the finest examples in existence, inside and out.  Peter Harholdt

Provenance accompanying any competition car greatly enhances its historic value, and this TdF has an impressive roster of caretakers. The first owner, Pierre Noblet, drove it in over 10 different circuit races and hill climbs through 1960, taking a number of podium finishes at tracks such as Spa, Reims and Monza. Subsequent European owners pressed it into the indignity of road service, perhaps ultimately saving the car, which was discovered in 1975 by race mechanic and gentleman driver, Wayne Sparling.

Sparling had been the primary mechanic for Luigi Chinetti’s North American Race Team (NART), knew the cars intimately and restored chassis No. 0619 GT in the early 2000s. It was sold to its current owner in 2018, who reunited the car with its original body and commissioned comprehensive sympathetic repairs in Italy. The vehicle subsequently received Ferrari Classiche Factory Certification in 2021, and has claimed awards at Pebble Beach, Cavallino and the Ferrari Club of America Annual Meeting. But exclusivity has its price, and this Ferrari is estimated to fetch as much as $7 million.