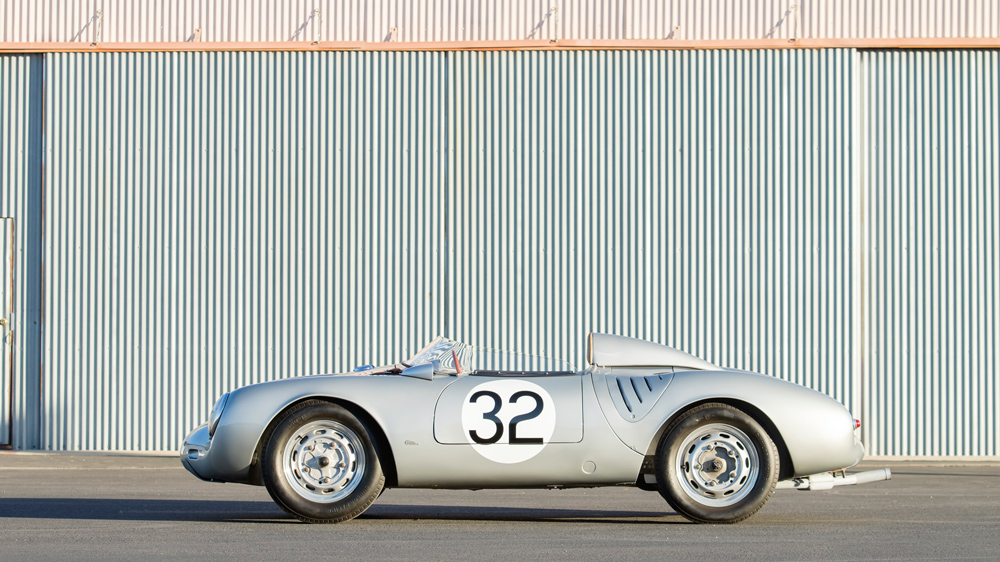 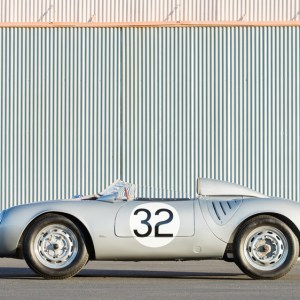 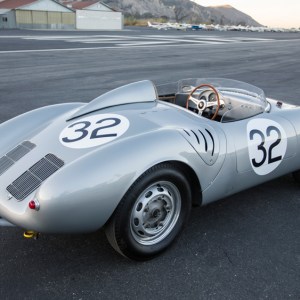 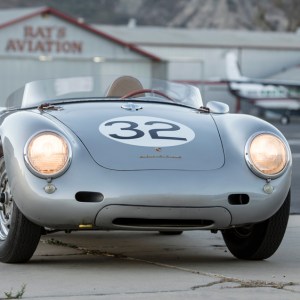 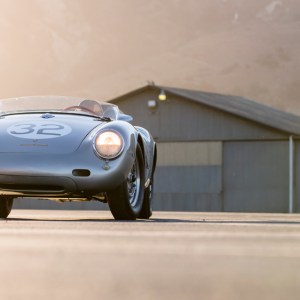 But that high-tech benchmark can trace its roots all the way back to the Porsche 550 Spyder—a lightweight, small-engined scalpel of a car that in the 1950s earned the nickname “Giant Killer” after beating larger rivals from Ferrari and Aston Martin. Now Bonhams is offering collectors the chance to park one of the greatest 550s ever built in their garage.

Hitting the auction block January 18 at Bonhams Scottsdale Auction at the Westin Kierland Resort & Spa is a 1958 550A Spyder, a radically redesigned variant of the 550 that is believed to be the only one of 40 550As to compete in a Grand Prix. Chassis 0145 (estimated to sell between $4.5 and $5.5 million) was a class winner at the Dutch Grand Prix and Nurburgring 1000 km race, and took 5th overall at the 24 Hours of Le Mans. In its later new-millennium years, the car competed in 10 Mille Miglia Storica events.

“The Porsche 550s have become blue chip cars, internationally appreciated by the collector car market much like a (Ferrari) California Spyder or a McLaren F1,” says Jakob Greisen, vice president and head of U.S. motoring for Bonhams. “A (Porsche) Carrera GT or a rare 911 are great production cars, but few Porsches are at the level of this 550A.”

Greisen says that after driving the diminutive racer, the only comparison he can make is to a road-hugging go-kart, “just very light and nimble with great acceleration and steering.”

Chassis 0145 benefitted from Porsche’s latest 550 technology, which included a space frame architecture that increased rigidity as well as a paring down of the aluminum body that took total weight down by 95 pounds to a feather-light 1,170 pounds total.

But there mere fact that this car still stands intact is partly what makes it a special opportunity, says Greisen. “Most 550s were severely damaged during their racing careers, and some burned to the ground,” he says. “They are fragile cars with not a whole lot to them. So cars like this one are really rare.”