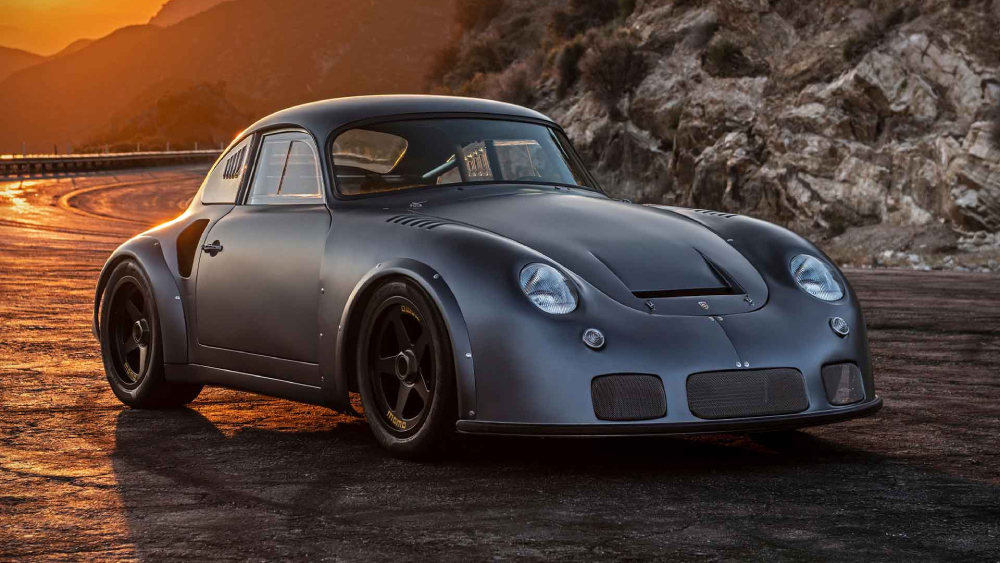 The words “vintage Porsche” are usually enough to pique the interest of just about any car lover. Toss in custom elements by two of the auto world’s biggest players and you have a car collector’s dream. Now, one vehicle that combines all of those elements is heading to auction, and it’s quite literally one of a kind.

Made available through RM Sotheby’s, this 1960 Porsche 356 RSR Outlaw Coupe was customized in a collaboration between Milan-based Momo and Rod Emory, who cut his teeth working with Outlaws. The foundation is a 964-generation Porsche 911 with striking aluminum body wrapping its way around the exterior. The twin-turbocharged Emory-Rothsport Outlaw-4 engine gives the sports car plenty of grunt at 394 hp.

The interior is no less considered, but Momo seems to have taken the lead in this department having provided everything from the Protipo steering wheel to the pedals and even the safety harnesses.

With the uncertainty brought on the Covid-19 pandemic, a traditional in-person auction is off the table, so this one––entitled Online Only: SHIFT/Monterey––will take place virtually. RM Sotheby’s claims it will be the largest auction of its kind to date, consisting of over 200 collector cars.

The lineup isn’t too shabby, with models dating from as early as the 1920s all the way through the present. Some highlights include a 1957 fire engine red Mercedes roadster, a stately 1932 Packard, a 1991 Ferrari F40, and a 2014 Pagani Huayra. To be sure, there will be plenty of options to satisfy a wide range of collector tastes. Since the onset of the global health crisis, RM Sotheby’s has made strides to refine its digital platform for potential buyers, and the auction house has said it will add more components and media formats in the coming weeks to make online sales even more seamless.

RM Sotheby’s will continue accepting consignments through the end of July, with bidding for the Porsche Outlaw––and for all the vehicles alongside it––set for August 14 and 15.