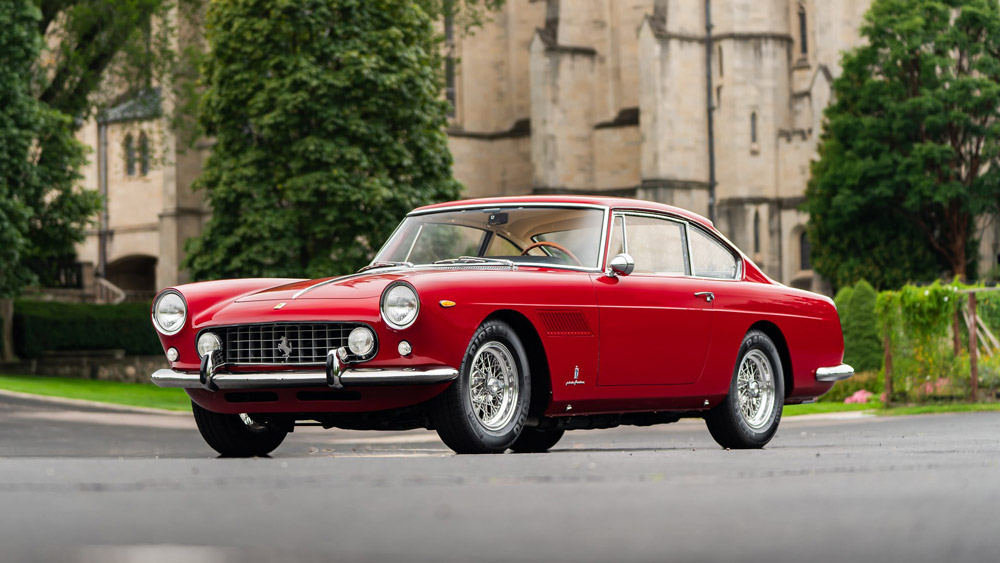 If classic Ferraris are your thing, chances are you were paying close attention to the developments out in Scottsdale, Ariz., last weekend. As some of the most reputable automotive auction houses hosted their annual festivities and sales in the region, they brought with them almost 20 cabriolets, coupes, spiders, and berlinettas—all built from the mid-1950s to the mid-1970s and all baring that now-iconic Prancing Horse badge. If you missed out (or were outbid), don’t worry. All is not lost. Through ClassicCars.com and collector-car brokerage and management company LBI Limited, a 1962 Ferrari 250 GTE 2+2 is currently up for sale and can be yours for $445,000.

Those who know Ferrari will immediately recognize the significance of this model, as it was the Italian automaker’s first production 2+2. The 250 Series, first unveiled in the early 1950s, achieved considerable success on the racetrack, which naturally led to a successful sales run of road-going production variants. By the late 1950s, however, Ferrari realized that a greater number of those production cars would be needed to sustain its racing endeavors. Unveiled at the Paris Auto Show in 1960, Ferrari’s 250 GTE 2+2 offered the world its first glimpse of a four-seater sports car with Ferrari DNA. All told, almost 1,000 examples of the GTE were sold from the time it debuted until the moment it was replaced—in late 1963—by a similarly styled 330 America.

A frame-off restoration in 1988 included rebuilding the engine and drivetrain.  Photo: Courtesy of ClassicCars.com.

This particular, matching-numbers example was sold by Chinetti Motors in 1962; however, the subsequent 26 years of its life, which spanned 48,033 miles of on-road use, are undocumented. The car’s current owner, who purchased the Ferrari in October 1988, commissioned a frame-off restoration almost immediately, during which time the vehicle’s entire engine and drivetrain were rebuilt. Since then, this classic 250 GTE has accrued only 2,500 miles of use.

The matching-numbers example has less than 51,000 miles on it.  Photo: Courtesy of ClassicCars.com.

According to LBI Limited, many 250 GTEs were “mercilessly chopped up” over the years to replicate more popular models within the 250 series, which makes a matching-numbers example like this one rarer than it might otherwise seem. Not only has LBI Limited’s team of specialist declared the car “a joy to drive,” but they believe that with a few minor corrections—replacing an aftermarket stereo with a period-correct one, for example—this early-1960s Ferrari, “could easily be an FCA platinum-winning example.”