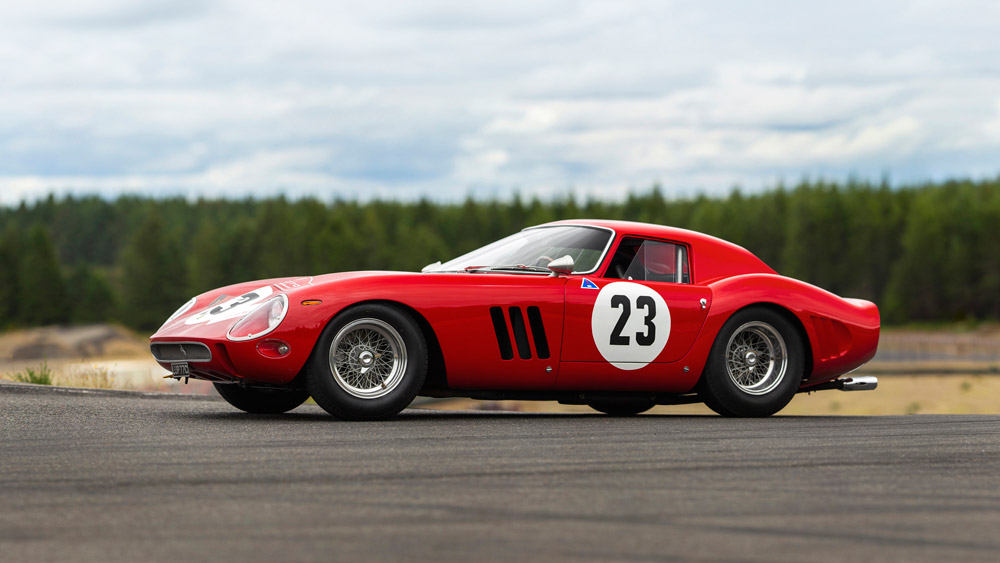 The greatest of all time. It’s a debate that rages everywhere from barrooms to boardrooms over sports figures, but when it comes to sports cars, one model seems to own the conversation—the Ferrari 250 Gran Turismo Omologato (GTO), at least according to collectors. On August 25, at the RM Sotheby’s sale in Monterey, Calif., that prancing horse’s pedestal was placed even higher when a 1962 Ferrari 250 GTO became not only the most expensive Ferrari sold at auction but the costliest car of any kind to ever cross the block. When the frenetic bidding reached fruition, the competition coupe had fetched a remarkable $48.4 million.

The price garnered beats that spent for a same-year 250 GTO Berlinetta by more than $10 million, the latter finding a new owner for more than $38.1 million at a Bonhams auction during Monterey Car Week in 2014. What the two A-list automobiles have in common—besides their rosso corsa color—is a coveted race provenance. The Berlinetta took a second place overall in the 1962 Tour de France, and the new record-breaker finished first in class at the 1963 Targa Florio. It then repeated the feat the following year.

The GTO that sold last Saturday, chassis No. 3413 (with matching engine No.), is one of only 36 examples made, and the third one to be produced. Bodywork for the beauty was crafted by Carrozzeria Scaglietti and featured a bolted-on rear spoiler and sail-panel vents, among other performance-enhancing accents. Powered by a tipo 168/62 competizione V-12 engine mated with a 5-speed gearbox, the car was piloted by legendary racer Phil Hill as a practice car before being sold to Edoardo Lualdi-Gabardi. The latter won with it at the 1962 Italian GT Championship. Soon after, it was campaigned by Gianni Bulgari of Bulgari watch fame.

With leading drivers of the day taking turns both behind the wheel and as its steward, the coupe compiled more than 15 victories (in class and overall) in four consecutive seasons alone. In later years, chassis No. 3413 went through a medley of collectors including Lord Anthony Bamford, Sir Lindsay Owen-Jones, and, most recently, Dr. Gregory Whitten who added it to his esteemed collection in 2000. Under Whitten’s care, the car has participated in numerous vintage contests and exhibitions, including multiple appearances at the Palm Beach Cavalino Classic, the Shell Ferrari Historic Challenge, and Monterey Historic Races, as well as the 2011 Pebble Beach Concours d’Elegance.

Whether this phenomenal Ferrari is an example of the greatest sports car in the world or not, one thing is certain—with that price and pedigree, its legacy has been hammered home.