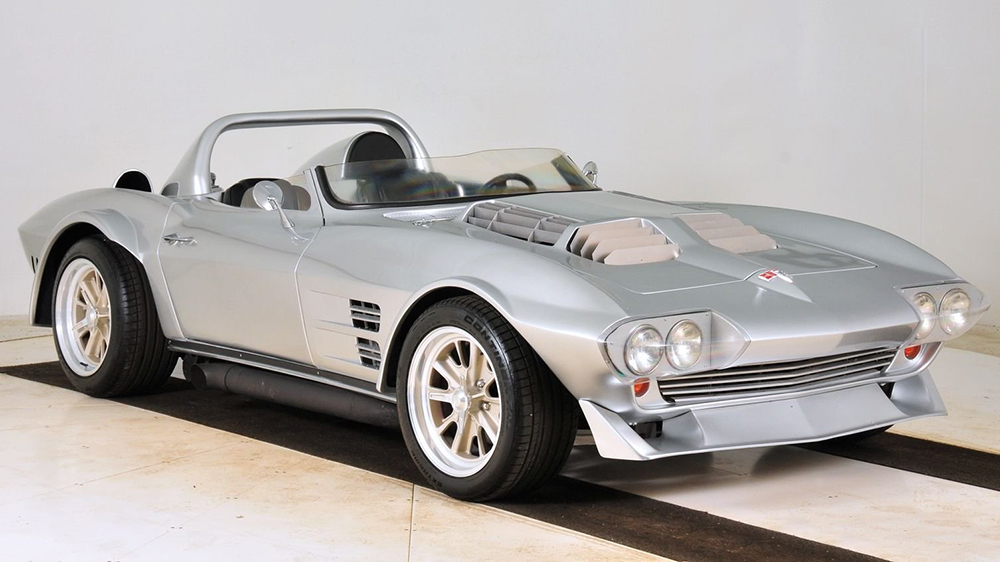 Hundreds of standout Chevrolet Corvettes have featured on the silver screen over the decades, but few have made as big of a splash as the 1963 Grand Sport in Fast Five.

The gorgeous silver convertible steals the show in the opening sequence of the Fast and Furious franchise’s fifth installment. Now, the heavily modified speedster will hit the block as part of Volo Auto Museum’s upcoming movie-themed auction.

The Grand Sport was first dreamed up by Chevy engineers in 1962, at the beginning of the ‘Vette’s second generation. The lightweight speed machine was viewed as an answer to the Shelby Cobra and was designed for GT racing. GM executives pulled the plug on the project before it could go into production (though it would later become an official variant), but not before five examples—three coupés and two convertibles—were built.

The Grand Sport from 2011’s Fast Five is based on the convertible version of the so-called “Cobra Killer.” Ohio-based Mongoose Motors built 12 examples of the replica two-seater for use during the filming of the summer blockbuster. Built on the bones of a 1966 C2 Corvette, the open-top racer has been upgraded with a tubular steel chassis, a C4 suspension and a 5.7-liter crate engine that churns 380 horses. This example is one of only three still in existence, and it was used for the green screen shots, meaning it remains in pristine condition a decade after filming wrapped.

Each entry in the long-running franchise is jam-packed with classic and exotic cars, but the silver Grand Sport is a true showstopper. The car features prominently during the film’s opening heist sequence, during which Vin Diesel drives it off a speeding train then follows alongside the locomotive so that Paul Walker can leap on to it. At that point, the Grand Sport goes straight off a tall cliff, with both men leaping to safety as the the vehicle nosedives into the water below. In a movie filled with over-the-top set pieces, it’s one of the most memorable.

The Fast Five C2 Corvette Grand Sport will be up for auction on the museum’s website from April 14 to 21. Offered without reserve, it’s expected to sell for between $95,000 and $100,000, which just might be a bargain considering Mongoose Motors’s officially licensed Grand Sport replicas star at $85,000.