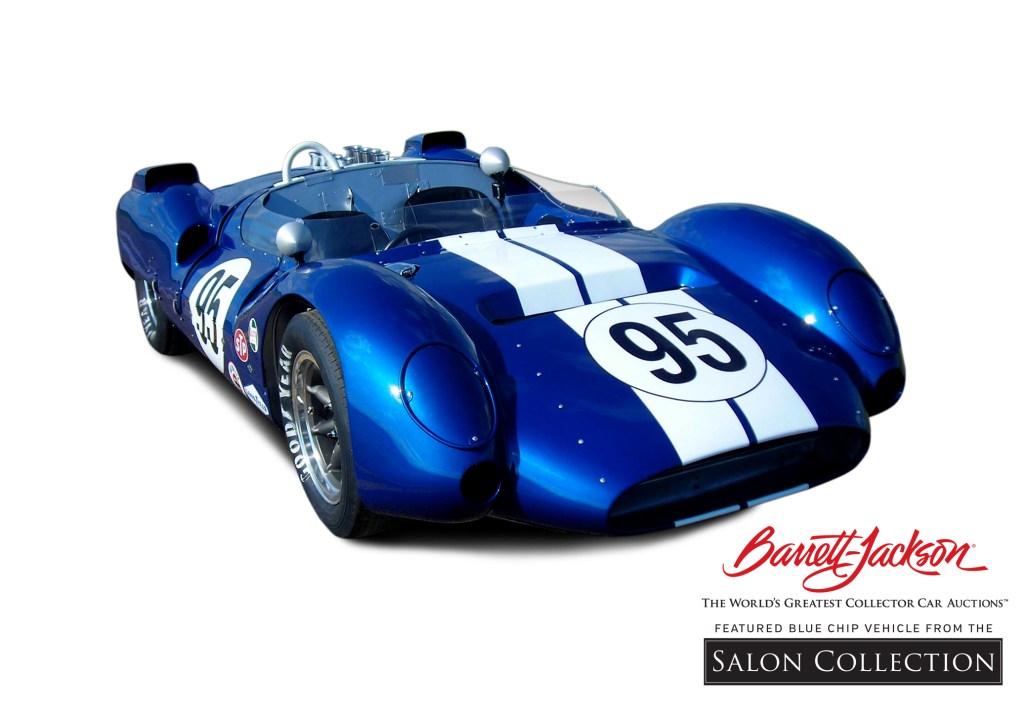 This 1963 Shelby Cooper King Cobra is a featured blue chip vehicle of the Salon Collection and will cross at the 43rd annual Barrett-Jackson Collector Car Auction in Scottsdale, Arizona, on January 18, 2014, between 5 and 7 p.m. on National Geographic Channel.

This 1963 Shelby Cooper King Cobra is one of only six ever built between 1963 and 1964 and is thoroughly documented in the Shelby World Registry. The Registry memorializes a stellar provenance and race history, including being driven by legendary drivers of the era. This example, CM/3/63, has undergone a comprehensive restoration with many original components preserved and utilized in the process. This rare Cobra is equipped with four Weber carburetors, 400bhp at 7,000rpm, 5-speed manual transaxle, 4-wheel disc brakes and 4-wheel independent suspension with coil springs over tubular shock absorbers.

The Salon Collection is presented as an auction-within-the-auction and with classic Barrett-Jackson style, a very special time-slot on Saturday, January 18, is reserved for vehicles of uniquely distinctive caliber. This exclusive group of blue chip vehicles is marked as the “Salon Collection” and reflects some of the most desirable examples available in the collector car market. This unique formula broke multiple world records in 2012 and 2013 and is once again offered during the 43rd Annual Scottsdale Auction January 12 to 19, 2014.

Online and phone bidding is available. For more information and to register to bid, visit www.barrett-jackson.com or call (480) 663-6255.