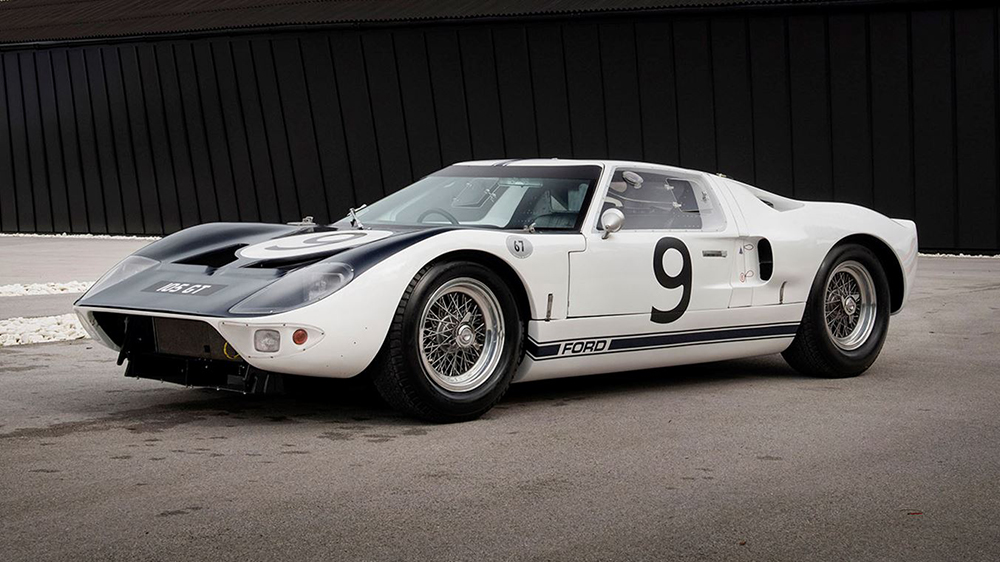 A lot of time and effort goes into the development of any car, let alone one as historically and culturally significant as the Ford GT40. And now, one of the five prototypes models used during testing, could be yours after it was listed for sale.

The prototype, chassis number GT/105, was an integral step in the car’s journey to its eventual Le Mans triumph and has now been posted for sale by Duncan Hamilton Rofgo in the UK. While all test models are used to identify and work out mechanical issues, this just might be the car most responsible for paving the way for GT40 MkII that would earn the Detroit automaker its most famous racing win.

As portrayed in last year’s Ford v Ferrari, the GT40 was born out of Henry Ford Jr.’s desire to beat the Italian performance giants at the 24 Hours of Le Mans, a race the latter company had dominated. And with the help of iconic auto designer Carroll Shelby, legendary race car driver Ken Miles and a couple years’ time, Ford was able to do just that, finishing 1-2-3 at the endurance race in 1966.

This car was the last of the five initial prototypes built in the UK in 1964. Used for testing, developing and racing, it was the first GT40 to be outfitted with 289-cubic-inch V8 and ZF gearbox and the first built with the car’s production-spec bodywork. While it was never driven by Miles himself, racing legends like Richard Attwood, Bruce McLaren, Phil Hill and Bob Bondurant all spent some time behind the wheel. The car, which has more test miles on it than any of the other prototypes, was also used as the company’s test car at Le Mans in 1965. Despite all this, the dealership claims the car is in impeccable shape, having suffered no significant damage.

If you want to add this GT40 to your collection, you’ll have to reach out to Duncan Hamilton Rofgo for pricing information. Just be ready to lighten your wallet by about seven figures. Of the five initial GT40 prototypes, only three remain today, and the other two are currently in the Shelby Heritage Center in Las Vegas. Race cars like this don’t come around very often.