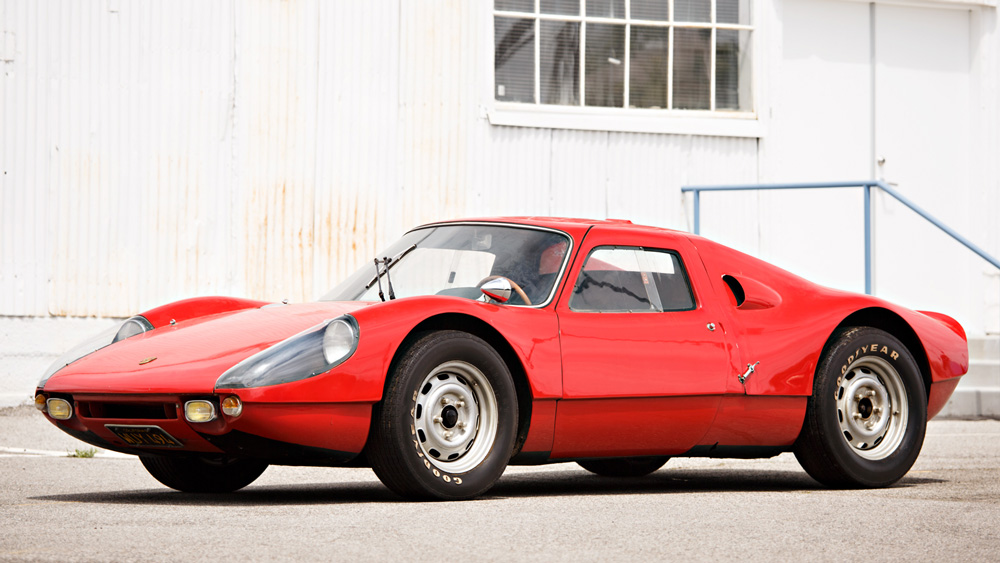 The perks of buying a barn-find collector car—namely the subsequent ownership of a vehicle that most people have never seen—are usually offset by the vast amounts of time, money and work that must then be invested to bring that automobile back to life. Every once in a while, however, a well-preserved golden-era sports car will roll across the block in mostly original condition. Even less frequently, one will be offered for sale away from the auction stage. Such is the case now, as Gooding & Company is brokering the sale of a 1964 Porsche 904 Carrera GTS—a pivotal machine that has retained all of its mid-1960s charm and has remained out of public view for more than two decades.

When the 904 Carrera GTS debuted in 1964, it represented Porsche’s first foray into fiberglass bodywork, but it was also the German automaker’s last hurrah for its four-cam, four-cylinder engine. In particular, the 904 was equipped with the most advanced iteration of that power plant, one that utilized a plain-bearing crankshaft and produced about 180 hp. Working in tandem with the 904’s lightweight, aerodynamic body, that engine propelled the car to speeds that far exceeded what the marque’s previous sports and racing cars could muster.

This particular car was initially sold to Ernesto Prinoth, an Italian racing driver and entrepreneur who competed in Formula 1 and also owned a Ferrari 250 GTO—two insights into his character that further convey the significance that Porsche’s new sportster had at the time.

This example has been owned by the same family since the late 1960s.  Photo by Brian Henniker, courtesy of Gooding & Company.

By the late 1960s, this Carrera GTS had made its way to Southern California, and there it has remained in the same family’s ownership—at least until now. “It would occasionally make an appearance at a show in the ’90s,” says David Brynan, a specialist at Gooding & Company. “But for the most part, people who know the car remember it from seeing it in the ’70s. It hasn’t been seen much in the last 30 or 40 years.”

More impressive, this car also hasn’t seen any new engine or drivetrain components since it was built. “These were raced pretty extensively,” Brynan explains of the model, “so to find one with the original drivetrain, especially the engine; it’s pretty unique.”

Originality abounds across most other aspects of the car, too. When its Southern California–based owner took possession of it in 1968, he performed what Gooding & Company describes as a “California restoration.” Simply put, the car, which boasted an original silver metallic paint scheme, was repainted red. The interior was also trimmed to make it more comfortable for regular road use. Few other alterations had been made to the car since then. “It has a distinctive, unique appearance,” says Brynan. “If you appreciate the period charm of it,” he continues, “it’s one that wouldn’t need to be completely restored.”

The car’s interior has been made more comfortable for regular road use.  Photo by Brian Henniker, courtesy of Gooding & Company.

Over the years, other examples of the model have sold both at auction and privately. Most recently, in February, RM Sotheby’s auctioned another from 1964—one that also retained its original engine and gearbox—for about $2.1 million. Gooding & Company previously sold a handful at auctions, as well. The most recent, offered in 2017, had been restored several years earlier and was missing its original engine. In 2013, Gooding & Company sold another 1964 version that did retain its original engine. Those two Porsches sold for $1.54 million and $1.6 million, respectively.

This particular car is priced at $2.45 million. “Generally, we try to base our asking prices off the market,” Brynan explains. “The condition and originality of this car set it apart from those others.”