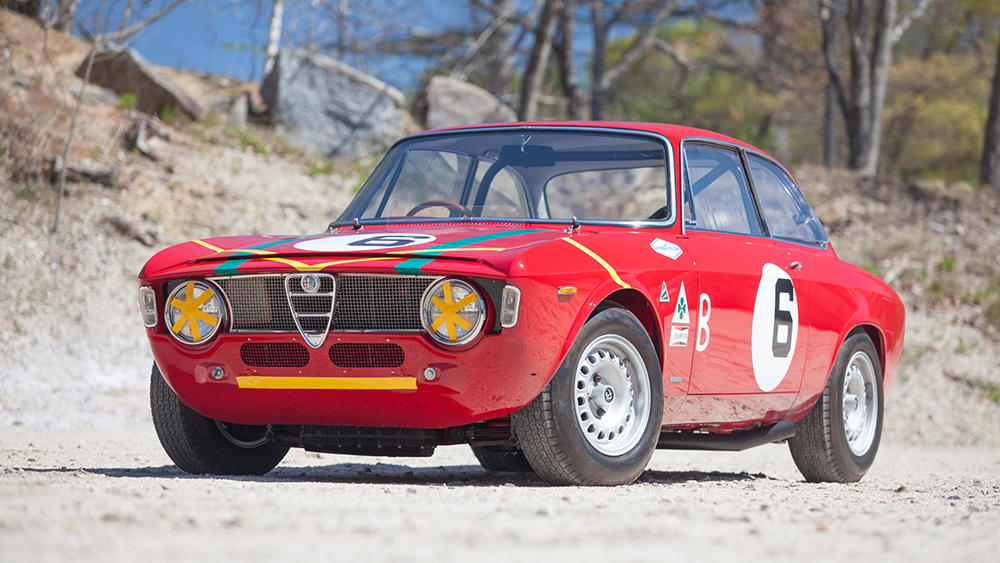 The 1960s was a very good decade for Alfa Romeo, both on and off the race track. Leading the way in the production racing classes was the Giulia, an elegant speedster originally that turned heads while taking its fair share of checkered flags. And now a historically significant example of the car is up for grabs.

A near-flawless 1966 Alfa Romeo Giulia Sprint GTA coupé has just been posted for sale by Gooding & Company. And considering its condition and racing pedigree, it’s hard to think of a better addition to any serious collection of Italian automobiles right now.

First introduced in 1962, the Giulia was a sporty sedan aimed at business men. A hit with consumers, the track-focused version of the car, the 105-series Giulia Sprint GT, was just as successful on the track. That was just a precursor for what was to come, as the company would soon debut a highly tuned, ultra-light version called the GTA (the “A” stood for alleggerita or “lightened”).

This specific GTA, chassis 752648, is considered “undoubtedly” the most famous example of the car to race in North America, according to the sales listing. Built in 1965, it arrived in the US the next year and was entered in the inaugural SCCA Trans American Sedan Championship that season. Driven by the team of Horst Kwech and Gaston Andrey, the coupé would win three races, finish second twice and claim the championship at campaign’s end. Though that was its only season on the circuit, the car has participated in countless period and historic events in the decades since.

Prepared by Alfa Romeo’s in-house racing department, Autodelta SpA, this GTA features a dazzling red livery with yellow and green accents and the no. 6 painted on the hood and sides. It’s powered by a peppy 1,600 cc DOHC twin-plug inline four-cylinder engine mated to a five-speed manual gearbox that’s capable of churning out 170 horses. Though it’s passed through the hands of 10 owners since arriving stateside, it’s consistently been raced or displayed during that time and is in great condition because of that.

The 1966 Alfa Romeo Giulia Sprint GTA isn’t available as part of an auction and is actually available to purchase right now. The asking price for the stunning red racer is $575,000. And for true connoisseurs of Italian automobiles, that price just might be a steal.