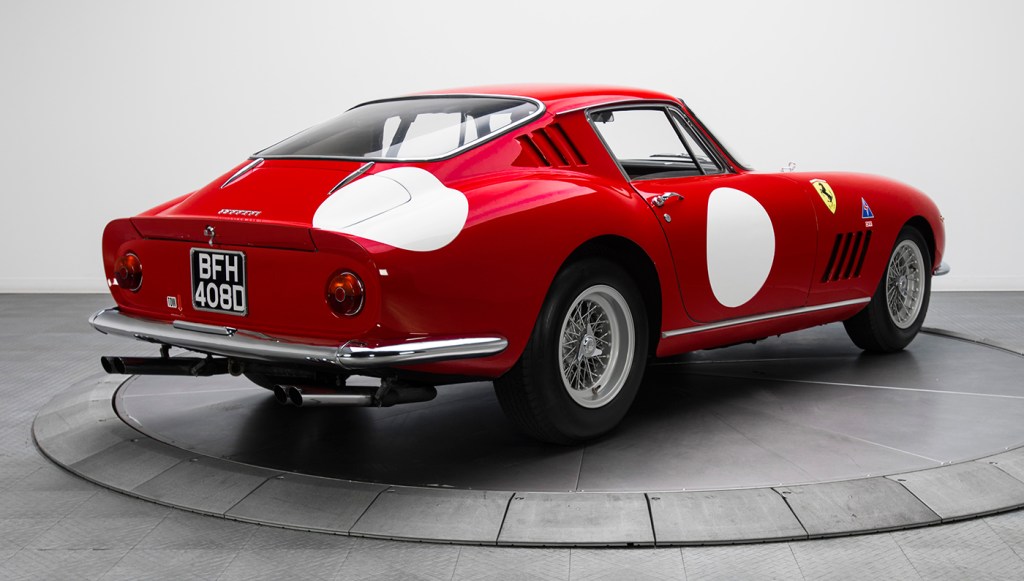 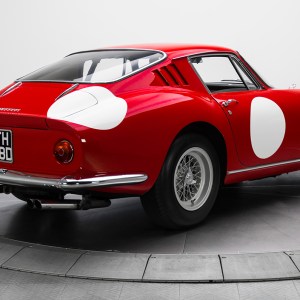 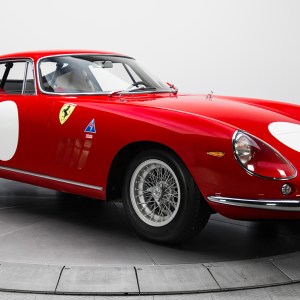 On September 15, one of Enzo’s classic ponies found a new stable when a 1966 Ferrari 275 Berlinetta Competizione (GTB/C) sold for $10.3 million through RK Motors Charlotte, in Charlotte, N.C. A prancing horse bred for the track, chassis No. 09067 was designed by Pininfarina and constructed by Carrozzeria Scaglietti as one of only 12 examples built for the year’s FIA race series.

The crimson coupe carries a 275 hp, Tipo 213 engine (with 217 ft lbs of torque) and features reinforced pistons along with modifications to the crankshaft and valves from those of previous versions. The power train (including a 5-speed manual transmission) gave the steel-and-aluminum stallion the ability to run from zero to 60 mph in about 6.3 seconds and reach a top speed of 160 mph. And it was performance that proved itself as the model finished eighth overall and first in class at the 24 Hours of Le Mans that season.

While the example that sold privately does not share the same competitive provenance as some of its siblings, it has been active on the vintage circuit, participating in the Tour de France Automobile and the marque’s 275 Anniversary Tour, among other prestigious events. Not surprisingly, the price received for the beautifully maintained Berlinetta broke the dealership’s record for a single sale. Top prize for the most expensive Ferrari (or car in general) to go at auction, however, remains a 1962 Ferrari 250 GTO that fetched more than $38.1 million in 2014. (rkmotorscharlotte.com)