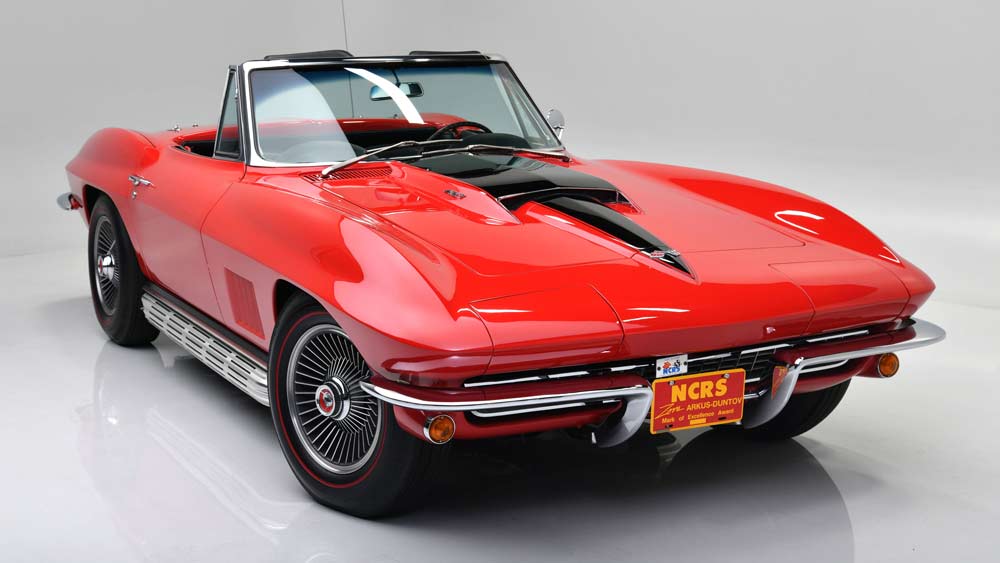 There’s a reason that Chevrolet’s Corvette is called America’s Sports Car. Since 1953, the sporty two-seaters have won the hearts of enthusiasts with a penchant for performance and an appreciation for American muscle. Those who are deep in the Corvette trenches sort them by generations, from the first little ’53 C1 to the fire-breathing mid-engined C8 for 2021. But few GM concept cars stirred things up like Larry Shinoda’s Mako Shark. Designed by him under the direction of GM’s Bill Mitchell and unveiled in 1961, it was a portent of Corvette things to come.

So, it’s no secret that the C2, from the first 1963 split-window coupe to the last 1967 models powered by the mythical L88 big-block, are considered by collectors to be the most important and desirable Corvettes of them all, some valued at more than $2 million. They are certainly the best loved, and when it comes to good looks, they’ll go head-to-head with any Euro exotic of the era. They’re also a blast to drive—the quintessential combination of old-time, gas-guzzling V-8 power in a lightweight, all-analog car. In a straight line, and sometimes even on the track, Corvettes of the day could wave “bye-bye” to anything (except for maybe a Shelby Cobra).

With just under 118,000 Corvettes made between 1963 and 1967, there remain plenty in collectors’ garages today. But that sheer number also means that most have been subject to use, abuse, modification and any number of enthusiastic “interpretations” in the ensuing decades since they were new. And while all C2 ‘Vettes may look similar from a distance, the hierarchy of year and model variants within the C2 family is categorical.

One of the most coveted of them all is a convertible from the final year of production, of which (about) 14,436 were produced. Then, make it one with a big-block, 427 ci V-8, and while you’re at it, make it the highest-output engine of them all—the 435 hp L71 V-8 Turbojet—and you’ve got something special. Today, we have to smile at GM’s trademarking “Turbojet,” doubtless coined by a marketing department long before actual turbochargers were used except in the most experimental capacity on production cars.

Regardless, that specific Corvette is precisely what’s up for auction at Barrett-Jackson during its event this March 20 through 27 in Scottsdale, Ariz. Offered at no reserve, this convertible is every collector’s “Poster ‘Vette,” with its unmistakable stinger hood and turbo wheels. Fully restored and finished in its original Rally Red exterior with black interior, it presents a specification that corresponds to the original documentation, which includes window sticker, tank sticker, Protect-O-Plate and as-issue keys. The options, including the big-block 427/435 engine, M21 close-ratio four-speed manual transmission, power windows, 15-inch bolt-on wheels, auxiliary hardtop, push-button AM/FM radio, transistor ignition, dual side-exit exhaust, F41 special suspension, red stripe tires and a 3.70 positraction differential, are all as original.

The vehicle has been fully restored and finished in its original Rally Red exterior with black interior.  Photo: Courtesy of Barrett-Jackson Auctions.

This is an opportunity to acquire a top-spec car, in top condition and with top accolades. All that’s left is to put the top down and drive.