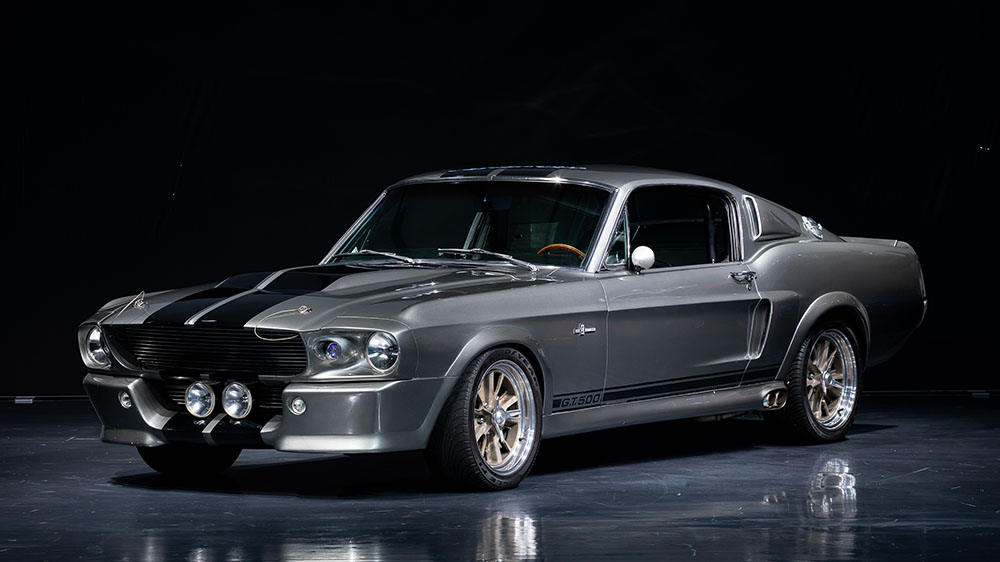 There are few better showcases for muscle cars than a good, old-fashioned heist movie. Because of this, the cars from these flicks tend to become the stuff of legend among both enthusiasts and collectors. And now one of the more memorable vehicles to hit the silver screen, the grey and black Ford Mustang from Gone in 60 Seconds remake, is up for sale.

An actual Mustang “Eleanor” used during the filming of the Nicolas Cage and Angelina Jolie-starring blockbuster was just posted for sale by ChromeCars in Germany. Not only is the specially designed vehicle a part of Hollywood history, it’s also one of the most beautiful muscle cars ever built.

The “Eleanor” is something of a reinterpretation of the 1967 Mustang Shelby GT500 that was designed specifically for the movie by Steve Stanford and Chip Foose. Five examples were built for shooting, and only three are said to still be in circulation today. Of the surviving trio, this specific ‘Stang is said to be in the best condition, making it particularly desirable.

In the movie, the “Eleanor” is the car that Cage’s Randall “Memphis” Raines uses to pull off his most daring heists. While that alone adds to the car’s myth, its sinister design really seals the deal. While the ’65 fastback may be the most iconic classic Mustang, this ’67 model isn’t isn’t far off: Its bubble hood and dramatic aerodynamic elements give it an even more muscular look. Completing the package is a gorgeous gun metal grey paint job that’s offset by two black racing stripes down the middle and matching “GT 500” decals that run along the bottom of the car.

But the beauty doesn’t stop there. Loosen the racing-style hood pins and lift the hood and you’ll find an equally gorgeous 5.8-liter, eight-cylinder Ford Racing crate engine, according to the dealership. Mated to a four-speed manual transmission, the engine is capable of churning out a hair-raising 400 horses. It’s also the same powertrain featured in the actual movie car.

You’ll have to get in touch with ChromeCars for pricing info for the “Eleanor,” but expect the tag to be pretty steep. A couple of years ago, Fusion Motor Company started making made-to-order replicas of the vehicle, with prices ranging from $180,000 to $300,000. We’d expect to real deal to cost well north of that.