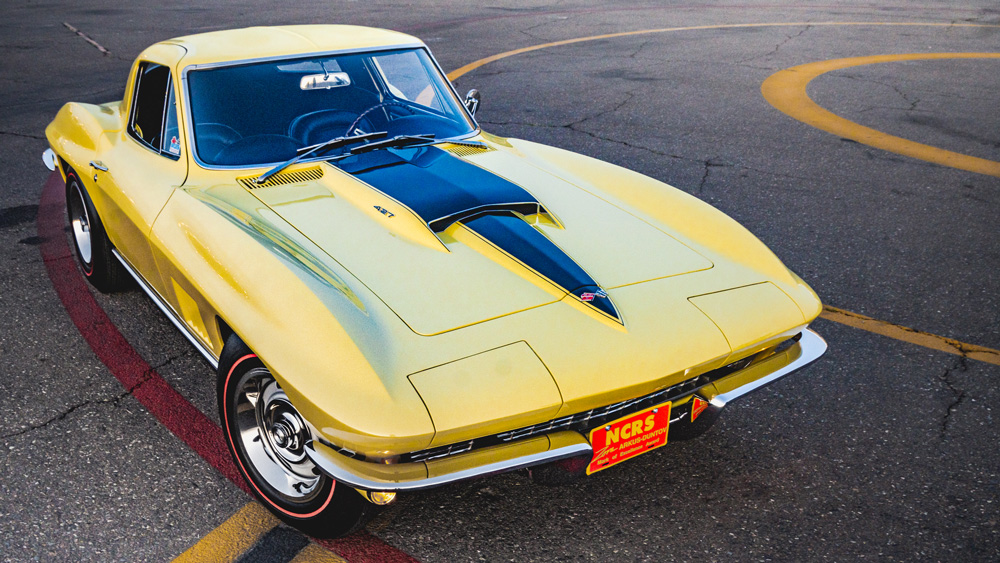 If there is a holy grail for fans of the venerable Chevrolet Corvette, the 1967 L88 coupe could very well be it. Only 20 examples were made that year, and the only one that boasts its original 500-plus hp engine is now up for sale at a price of $3.95 million.

The beneficiary of an obsessive 10-year restoration by its California-based owner, Corvette Mike proprietor Mike Vietro, this Sunfire Yellow coupe epitomizes both the elegance and brawn that characterized the company’s 1960s race-focused machines. Vietro says he opted to list the car for sale on his site so as to make it available to all manner of Corvette aficionados, “not just those who attend the auctions.”

The 1967 L88 Corvette being offered by Mike Vietro for $3.95 million.  Photo: Courtesy of Corvette Mike.

The brainchild of a onetime Le Mans class–winner turned Chevy engineer, Zora Arkus-Duntov, the L88 was not a street boulevardier. Stuffed with a 427-cubic-inch big block engine, heavy duty suspension and the so-called “Rock Crusher” four-speed manual transmission, the vehicle screamed “track” all the way down to its air-con and heater delete. L88s—all told, 216 were built between 1967 and 1969—did, in fact, compete at the greatest of racing venues, including Le Mans and the 24 Hours of Daytona.

This 427-cubic-inch big block engine is responsible for more than 500 hp.  Photo: Courtesy of Corvette Mike.

Given this history, most L88s didn’t make it into the next decade without significant body work or losing original parts, including their engines. Roughly half of the batch-of-20 made for 1967 are said to still exist, but Vietro contends this example is the only one with its day-one power plant.

That rarity, along with the car’s wonderful paint scheme—resembling a bee with its yellow body offset by a mean black hood streak—is sure to grab the attention of enthusiasts that, in recent years, have bid similar L88s up to lofty numbers. Some data suggests that Vietro could be letting it go for a steal: In 2014, a 1967 L88 Coupe sold at Barrett-Jackson for $3.85 million.