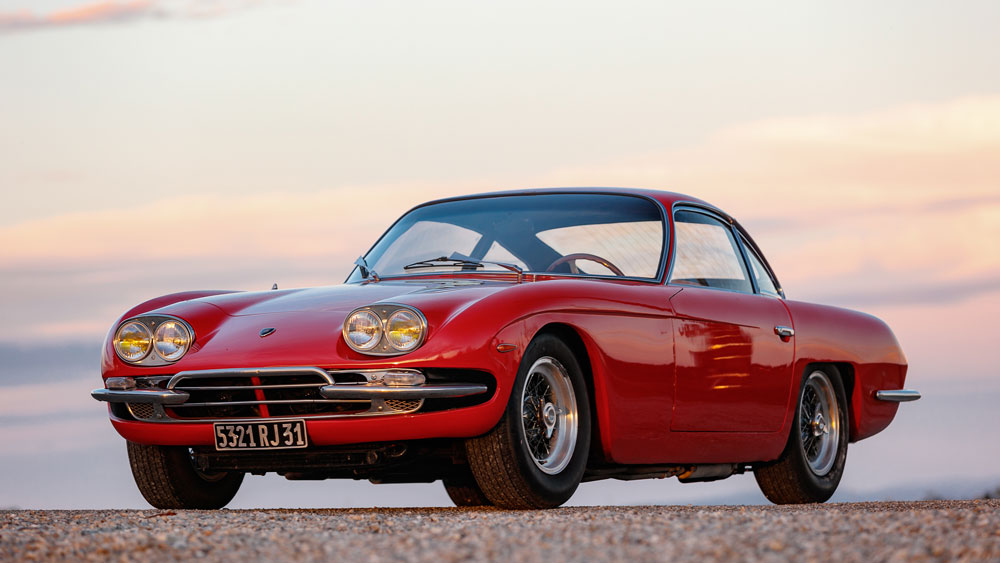 Elite automobile auctioneers must be exceptionally careful when choosing the wording of their lot notes. Artcurial, an auction house headquartered in Paris, describes the headliner of its September 13 sale of the André Trigano collection as being in “immaculate condition.” The words are bold, and entirely accurate.

Estimated to fetch between $434,400 to $651,600 (converted from euros), the 1967 Lamborghini 400 GT 2+2 is original down to its mustard-colored leather upholstery. Its sole owner enjoyed the machine and maintained it religiously, but put just 21,002 miles on its odometer.

The 1967 Lamborghini 400 GT 2+2 that will cross the auction block in September.  Photo: Courtesy of Artcurial.

Lamborghini produced around 300 examples of the 400 GT, and it was overshadowed by the Miura, which provided the template for its supercars. The 400 GT remains important for being an early hit for the company, and for being its second sports-car model released, effectively telling the world, “No, seriously, we do more than make tractors.”

The car has been meticulously maintained and has only 21,002 miles on its odometer.  Photo: Courtesy of Artcurial.

The 400 GT 2+2 theoretically seats four, but realistically seats two adults in the front and two children in the rear. While there wasn’t much space for amenities in the back, Lamborghini’s designers ensured that the passengers had a mid-century must: their own ashtray.

Every aspect of this Lamborghini 400 GT 2+2 remains original.  Photo: Courtesy of Artcurial.

The in-person auction, which was originally planned to take place back in May, will be held in Gibel, a town near Toulouse, France. The sale represents the bulk of Trigano’s collection; in 2016, he consigned all 43 of his Citroëns to Artcurial. Additional highlights from the 2020 sale include a 1957 Lancia B24 S Aurelia Convertible with a body by Pinin Farina. Expected to garner from $217,200 to $271,500, it could deliver a shrewd bargain.

This 1957 Lancia B24 S Aurelia Convertible, with a body by Pinin Farina, will also be offered by Artcurial.  Photo: Courtesy of Artcurial.

The Trigano auction also features a 1962 Rolls-Royce Phantom V limousine bodied by James Young and estimated at between $108,600 and $162,900. Roughly a quarter of the 832 Phantom Vs produced by Rolls-Royce sport Young’s coachwork, which is characterized by a curving, roomier trunk.

Like many car collectors, 94-year-old Trigano qualifies as a colorful character. As a teenager, he joined the French Resistance during World War II and endured several arrests for his troubles. After the war, he launched a business that supplied tents to the then-fledgling Club Med company. His 50-year career in politics ended in June when he lost his bid for reelection as mayor of Pamiers, a town in southwestern France.