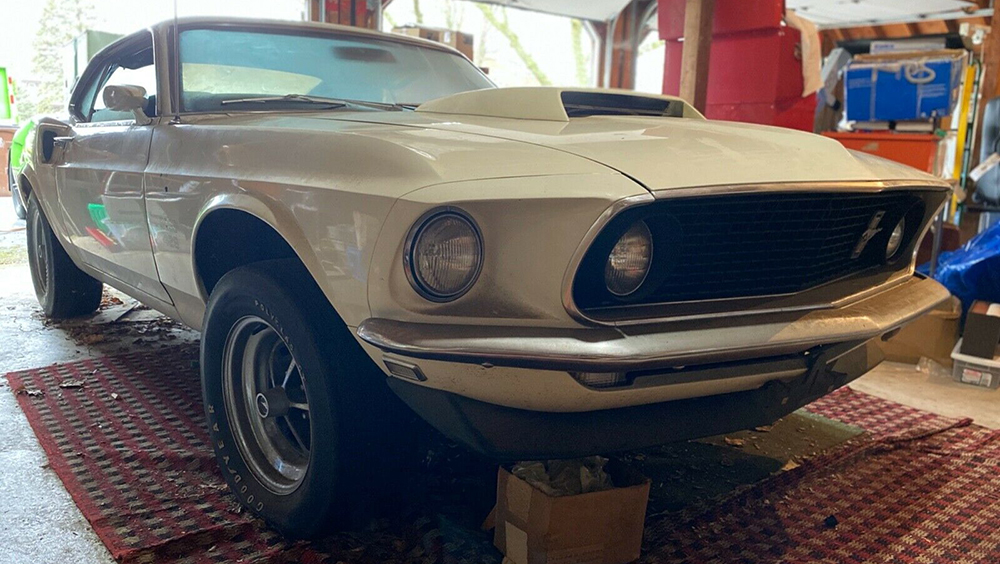 Serious collectors know that the search for any holy grail find can take you to all manner of unexpected places. So, it’s actually not all that surprising that one of the rarest examples of the classic Mustang was just found hiding out in a garage in Chicago.

A gorgeous 1969 Ford Mustang Boss 429 that hasn’t been touched in nearly 40 years had just been listed for auction on eBay, according to Road & Track. Despite having not been driven for decades, the white speedster—which the magazine says just might be the “the holy grail of Mustang barn finds”—remains in impeccable condition.

The Boss 429 was a high-performance Mustang variant that was sold between 1969 and 1970 and is considered one of the rarest and most desirable muscle cars of the era. Ford used the vehicle to test out its 429 semi-hemispherical NASCAR engine and just 1359 examples of the car were built during its two years of production. Fifty years later, Boss 429s are hard to find, especially in such relatively good shape.

This particular fastback is finished in Wimbledon White and still features its original 429 cubic-inch (or 7.0-liter) V8 engine mated to a four-speed manual transmission. According to the eBay listing, the seller bought it from its original owner back in 1981, drove it 30 miles home and parked it in their garage, where it has remained ever since. It has just 13,271 miles on the odometer.

From the pictures included with the listing, the car, which has matching numbers, looks to be in remarkably good condition. There are signs that it hasn’t been driven much in 39 years, including some body and engine bay rust, along with mold on the seats and steering wheel. But that is only natural and, more importantly, easily fixable.

Boss 429s, especially one in such good condition, regularly sell for in the neighborhood of $200,000. With four days left to go, bidding for this example is up to $170,001, as of press time, though the hidden reserve has yet to be met.

Check out more images of the Boss 429 below: