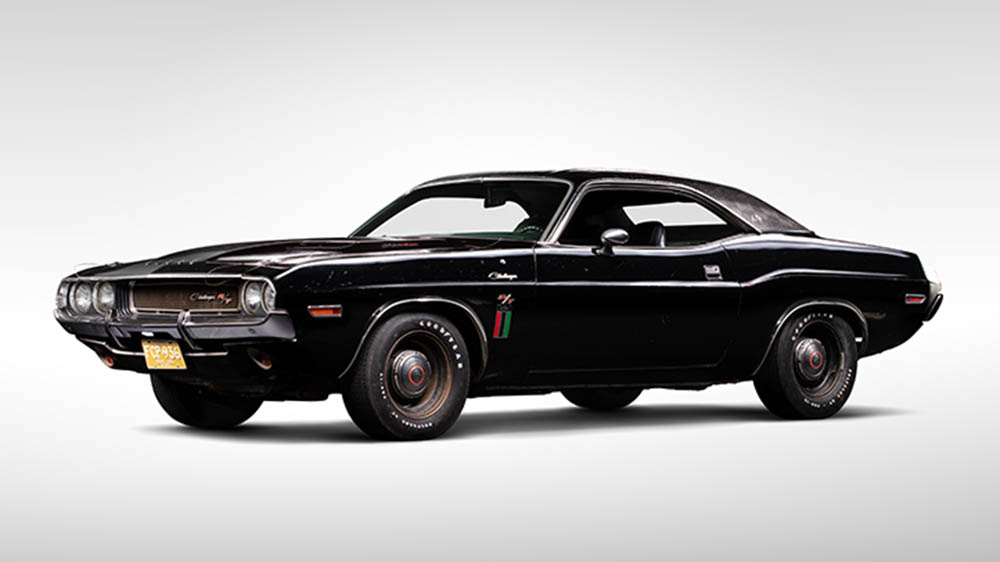 In the annals of automotive history, there are plenty of legendary cars. But only so many have a story that earns them inclusion in the Library of Congress. Last year, two vehicles were added to its hallowed collection: a 1921 Duesenberg Straight Eight and a 1970 Dodge Challenger R/T SE better known around the streets of Detroit as the “Black Ghost.”

While the Duesenberg played a key role in the evolution of automaking, the more exciting new entrant to the Library’s National Historic Vehicle Register is undoubtedly the Challenger, a car that street racers in the Motor City still talk about in reverent tones. Originally owned by Godfrey Qualls, a Green Beret paratrooper-turned-Detroit police officer, the all-black “Ghost” sporadically roared up and down the city’s main drag, Woodward Avenue, throughout the ‘70s taking on all comers, according to Jalopnik. The muscle car was so dominant, that other street racers designed cars specifically to take it down.

Qualls driving skill was surely to credit for some of his racing success, but it wasn’t like he was rocketing down Woodward in any old Dodge. Instead, he opted for the most powerful setup the automaker offered at the time, including a 426ci Hemi V-8 engine. Mated to a four-speed manual transmission, the brute was capable of churning out a staggering 425 horses. No wonder Qualls left so many other racers in his dust.

There are certainly better preserved Challengers that could have been added to the Library’s Register, but the organizers felt the wear and tear on the “Black Ghost” is exactly what makes the muscle car so noteworthy: “The ultra-low mileage, untouched survivors are important time capsules demonstrating how the cars left the factory, but this Challenger symbolizes the lives the cars lived and the stories of the people that drove them,” the car’s entry reads. “Qualls’ car was used, abused and then frozen in time right when the golden era of muscle and pony cars came to a close.”

The Duesenberg and “Black Ghost” are the 27th and 28th cars added to the Registry since it was started in 2013. Other entries in the collection include a 1954 Mercedes-Benz 300SL, a 1964 Shelby Cobra Daytona and a 1984 Plymouth Voyager minivan.