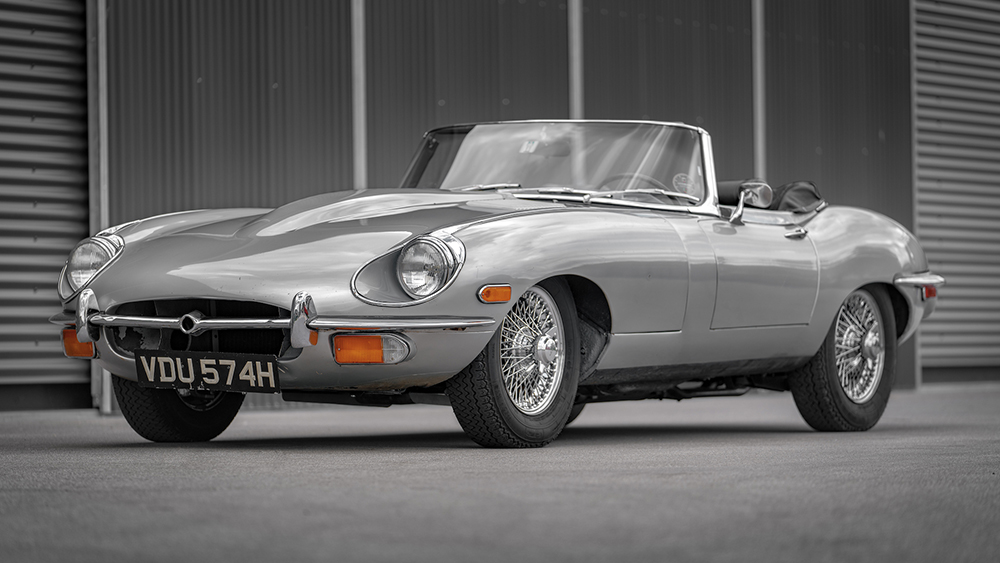 Classic car enthusiasts will soon be able to own a vehicle fit for the screen—or at least the backlot. A 1970 Jaguar E-Type Series II roadster that appeared on the set of the classic Steve McQueen film Le Mans is going up for auction.

The 4.2-liter Jaguar is estimated to fetch between $308,000 and $431,000. It’s being offered in its completely original condition at Bonhams Monaco Sale, which apropos enough, is occurring during the Monaco Historic Grand Prix. The Swiss-registered vehicle was built to US specifications and has retained its neutral silver-and-black color scheme.

A peek inside the roadster  Bonhams

The current owner is Fredy Zurbrügg, and it’s his story that really makes the car stand out. In the early ’70s, Zurbrügg was working as a chef on movie sets when he was asked by a production manager to join the on-location crew of Le Mans. In the 2017 book Our Le Mans, about the film, he noted that his encounters with McQueen were friendly, and he even invented a special meal for the actor, called the “Steve steak.”

At one point, McQueen offered a gift to Zurbrügg, allowing him to choose among a few different cars. The chef couldn’t drive at the time, but that didn’t stop him from accepting the actor’s gracious offer.

“I decided on the silver Jaguar, a convertible E-Type Series II with only 600 miles on the speedo,” he recalled. “It was a US version because it was supposed to be shipped back to America.”

Zurbrügg did eventually get his driver’s license, adding a few thousand miles to the Jag. But its odometer still sits at fewer than 46,000 miles, a relatively low number considering the car is more than 50 years old.

“For many years I had no idea that I owned something so valuable,” Zurbrügg said in a statement.

Nobody else has owned the car in the intervening years, so its new owner will have a pretty direct link to Hollywood history.