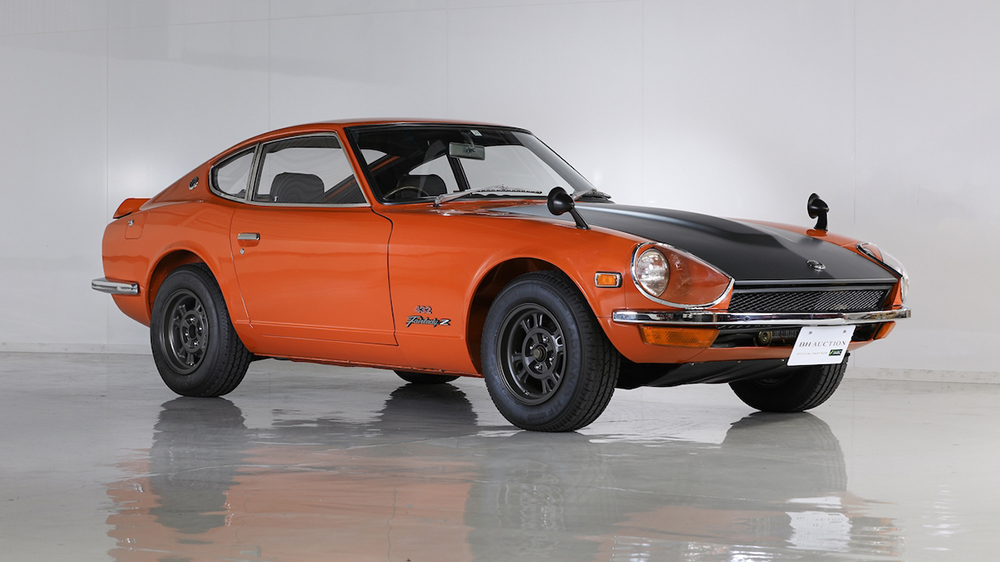 If the first couple weeks of 2020 are any indication, it’s going to be a good decade for the classic car market. Days after Steve McQueen’s Bullitt Mustang set auction records, a 1970 Nissan Z hammered down for $805,000 at BH Auction in Tokyo over the weekend.

As you might expect, it takes a pretty special Z to sell for such a head-turning sum. And, sure enough, the car in question, a 1970 Nissan Fairlady Z432R, is quite possibly the rarest and most desirable example of the car still in existence, according to Road & Track. In fact, only 30 to 50 versions of the competition-prepped car were ever produced.

The Fairlady Z432, which was sold abroad under the Datsun banner, was the performance version of the Z240 and featured the same peppy four-valve, three-carburetor, double-cam inline S20 2.0-liter inline-six as the first-generation Skyline GT-R. Only 420 examples of the regular Z432 were built and a fraction of those were R versions.

Each of the race-ready variants weighs in at 220 pounds less than the standard version and featured a mess of racing upgrades, including a vertically stacked dual exhaust exit, fiberglass hood, thinner body panels and bigger fuel tank. Finished in orange, this particular version, no. PS30-00289, is in excellent condition, something that almost certainly can’t be said about any of the other Z432Rs.

The fact that the car has been so well maintained is a big part of why it sold for such a stunning amount last weekend. The winning bid also makes the car one of the most expensive Japanese-made cars sold at auction, in the same neighborhood as the 1967 Toyota 2000GT that sold for $1.16 million in 2013 and the 2012 Lexus LFA Nürburgring Package that sold for $912,500 last year.

Of course, as wild as those figures may be, they’re just a fraction of the amount someone dropped on the Bullitt Mustang last week. The Highland Green 1968 Mustang GT sold for an astounding $3.74 million as part of Mecum Auction’s Kissimmee sales event last Friday. The sale made the car, which was driven McQueen during the filming of the 1968 thriller, the most expensive muscle car of all time.