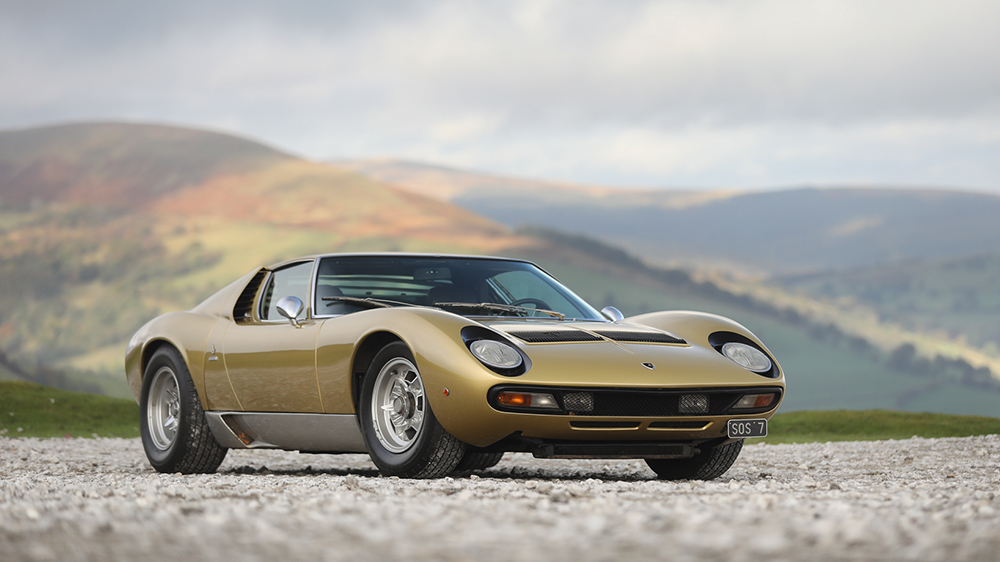 Many consider the Lamborghini Miura to be the first real supercar. Although it was only in production for six years, the curvaceous speedster changed the way that people thought about sports cars for decades to come. And now, a rare variant of that vehicle, the 1971 P400 SV Speciale, is heading to auction.

The beautifully restored sports car is scheduled to hit the block at Gooding & Company’s Passion of a Lifetime auction next weekend. One of only 150 P400 SVs ever produced, and one of only 764 Miuras total, it’s hard to think of a more enticing example of this very important and highly coveted automobile.

The Miura represents something of a turning point for Lamborghini. Prior to the model’s debut at the Geneva Motor Show in 1966, the marque was best known for a series of regal grand tourers. But the Miura and its mid-engine, two-seat layout changed everything, combining high performance and expert craftsmanship in a single dynamic package. The Italian automaker produced the vehicle until 1973, and towards the end of the car’s lifetime, the marque put out a fully loaded version: the P400 SV. Among that limited run of 150 cars was an even more exclusive series of bespoke examples made for VIP clients. This vehicle was part of that rarified set.

This Miura was made for French industrialist Jacques Dembiermont, who purchased one of the very first examples of the sports car in 1966. His request: that his SV Speciale feature two mechanical elements found on Bob Wallace’s Miura Jota prototype—dry sump lubrication and a ZF limited-slip differential. Dembiermont’s wish was Lamborghini’s command, and his bespoke Miura, which was finished in Oro Metallizzato (metallic gold), rolled off the line in 1971. The car has passed through the hands of a handful of collectors in the decades since, and it was recently restored by leading Italian marque specialists Carrozzeria Autosport and Top Motors.

Dembiermont’s gold P400 SV Speciale is scheduled to go up for bid on Saturday, September 5, at the Concours of Elegance at Hampton Court Palace in Surrey, as part of Gooding & Company’s first ever sale outside of the US. Pre-show estimates have the supercar selling for between $2.15 million and $2.7 million. Of course, if you’re looking for something even more expensive at the sale, there’s always the Peony red 1961 Aston Martin DB4 GT Zagato that’s expected to fetch up to $11 million.