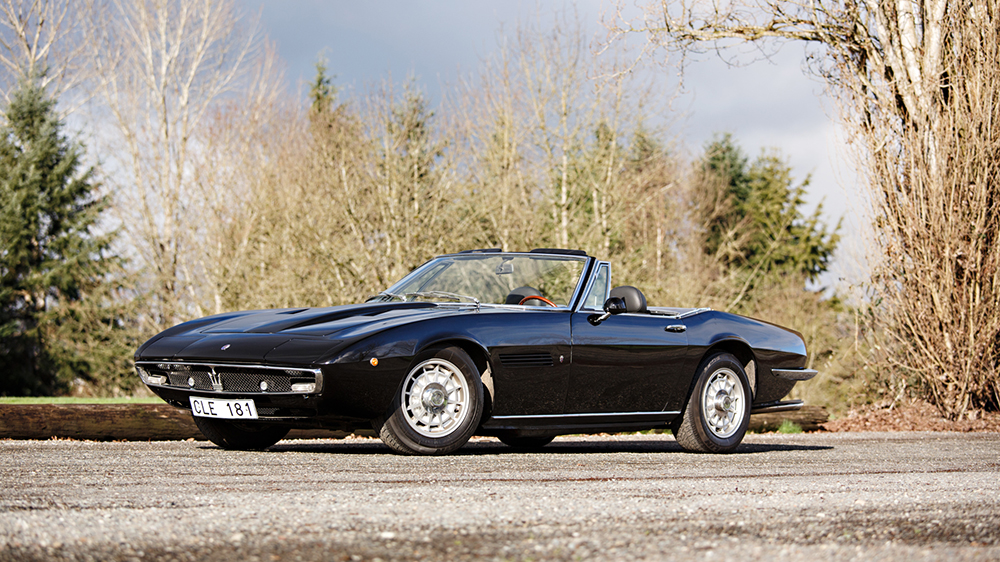 Since its introduction over five decades ago, and across three distinct iterations, the Maserati Ghibli has always been a head turner. Now, an ultra-rare version of the Italian sports car, a 1972 Ghibli 4.9 SS Spider, is heading to auction.

As part of its upcoming Amelia Island event in Florida this March, Gooding & Company is auctioning off a gorgeous black example of the exclusive convertible. One of only 30 examples shipped to the US, only 24 of which were equipped with a five-speed stick shift, the car is a piece of history that should attract both Italian and sports car enthusiasts.

Unveiled at the Torino Motor Show in 1966, the Ghibli was immediately hailed as a masterpiece of automotive design, thanks in large part to coachwork by Ghia head stylist Giorgetto Giugiaro. Initially only available as a muscular coupé, Maserati unveiled a more elegant Spider version in 1969, again designed by Giugiaro. This particularly convertible, chassis 1273, is finished in striking triple black, though it originally featured a gold paint job with a brown leather interior.

But the Ghibli isn’t just a thing of beauty; in its day, it was also one of the fastest production cars on the road. Under the hood of the stylish convertible is a 4.9-liter DOHC V-8 Engine mated to a five-speed manual ZF gearbox that produces 335 horsepower. As a result, the 4.9 SS accelerates from a stop to 100 mph in just 16 seconds and tops out at 170 mph.

Of course, to add a car of this stature to your collection, you’ll need to part with some serious cash. As one of the finest examples of the model ever built, the Ghibli 4.9 SS Spider is expected to fetch between $900,000 and $1.1 million when it crosses the block. The Gooding & Company auction on March 6.