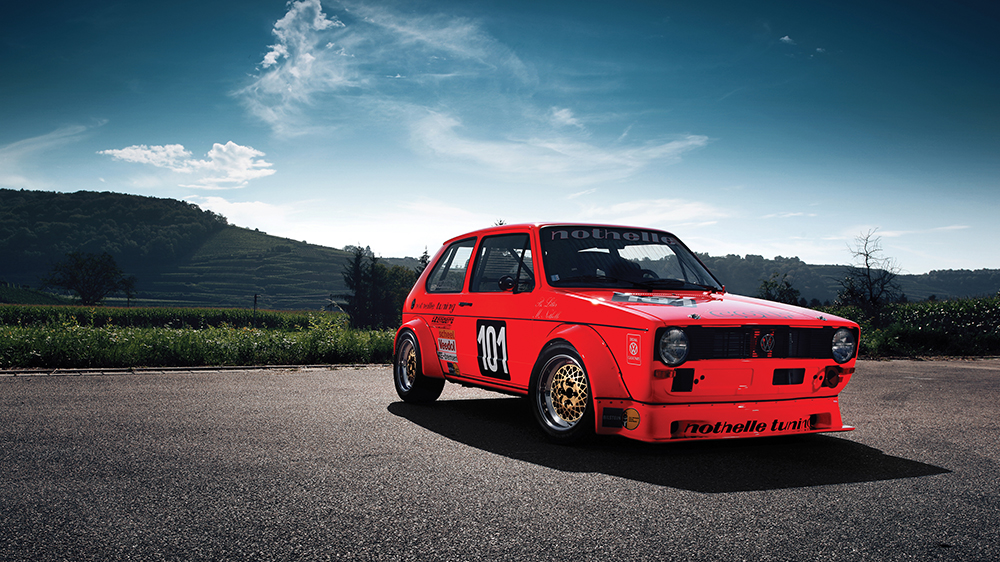 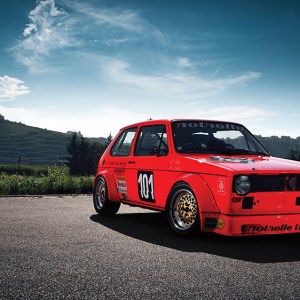 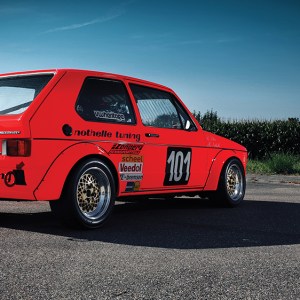 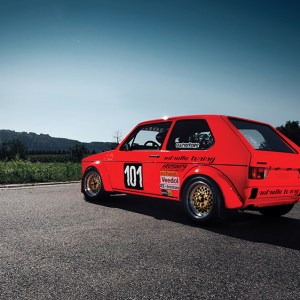 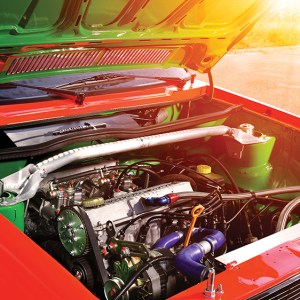 The Beetle may be the most famous Volkswagen, but the automaker’s highest-selling model of all time is actually the Golf, with over 35 million units having been bought worldwide. Now, one of the most historically important examples of the vehicle, the very first racecar version, is heading to auction.

In late June, RM Sotheby’s is scheduled offer a beautifully maintained bright red 1975 Golf Mk 1 Group 2 at its sales event in Essen, Germany. And having been restored within the last decade, the race-winning speedster is ready to hit the track today.

Launched in Europe during the 1974, the Golf—or as its sometimes been known, the Rabbit—was meant to be an small economy car like the Beetle before it. But that’s where the similarities between the two end. The Golf featured a front-mounted, air-cooled engine, front-wheel drive and a timeless aesthetic designed by Italdesign’s Giorgetto Giugiaro.

Economy car or not, Rolf Nothelle wanted to see what the petite hatchback could do on the track. A year after its introduction, racer Bernd Lilier drove this particular example to first place at the Hockenheimring Grand Prix circuit. Of course, he wasn’t driving an off-the-lot Golf. It had been upgraded with a 175 hp 1.8-liter inline-four engine with Weber 45 DCOE carburetors, Uniball suspension, a racing brake system with four-piston front and two-piston rear calipers and BBS Wheels.

The red racer was rebuilt by Marcus Nothelle in 2011 at the behest of Volkwagen AG, and presented to the public at Techno Classica in Essen the following March. In addition to its racing pedigree, the car comes with an impressive array of spare parts, including a replacement motor, gears and original Group 2 parts.

The track-ready Golf Mk 1 is currently scheduled to hit the block at RM Sotheby’s Essen sales event from June 24 to 27. The auction has already been rescheduled because of the coronavirus, so it remains to be seen whether it will actually take place on those dates. If not, RM Sotheby’s has already shown a willingness to take its auctions online, like the just-completed Palm Beach sale. So, if you think you might want to add a historic Golf to your collection, be sure to check the auction house’s website for updates.