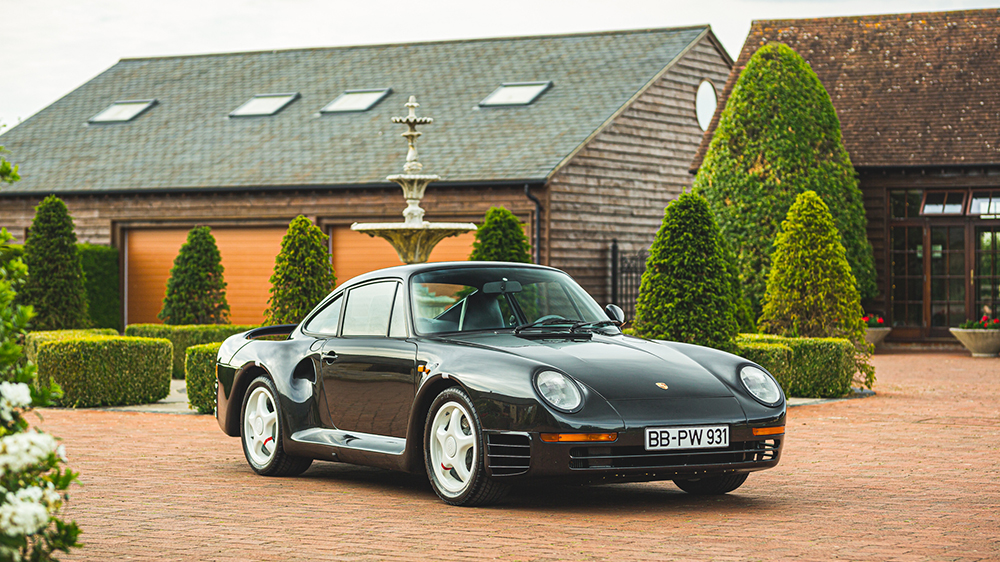 One of the rarest examples of Porsche’s 1980s supercar just went up for grabs.

Girardo & Co, an exotic vehicle dealer in the UK, has listed a 1985 959 S prototype for sale on its website. The sports car is one of three examples the German automaker built while trying to figure out how to bring the high-tech coupé to the US.

It may not be as iconic as the 911, but the 959 is easily one of the best cars to ever roll off the Porsche production line. Born out of the development of a class B rally car, it was basically a street-legal racer that could more than hold its own against a Ferrari or Lamborghini. It was easily one of the most technologically advanced production vehicles of its era and, thanks to a 2.8-liter flat six, also the fastest upon its release.

The 959 was in production from the 1986 to 1993. Over that time, just 345 examples were produced—not because of lack of interest, but because of the $225,000 sticker price—making it one of the rarest series production Porsches. Just 29 of these were 959 S variants, which was the enhanced “Sport” version—basically a stripped-down customer race car—meant for the US market. The run also included 9 pre-production Series F prototypes of the “standard” 959 and three of the 959 S, of which this is one.

This particular prototype, dubbed the F9, is finished in black and was given to Vasek Polak by Porsche as a thank you for his role in the development of the car, according to the sales listing. The marque’s one condition was that it never be driven. Porsche was so intent on this they didn’t include keys with the vehicle. Thankfully, the car has since been recommissioned—with its engine, fuel system, master cylinder, clutch and brakes all fully rebuilt. It doesn’t feature all the creature comforts found in the production version, but it has an “S” steering wheel and matching black leather interior.

If you’re looking for a special 959, it’s hard to think of a better option than this example. Girardo & Co. doesn’t list a price for the vehicle on its website, so you’ll have to reach out if you’re interested. We expect it will be steep, though, as the 959 has been known to command as much as $2 million in recent years.