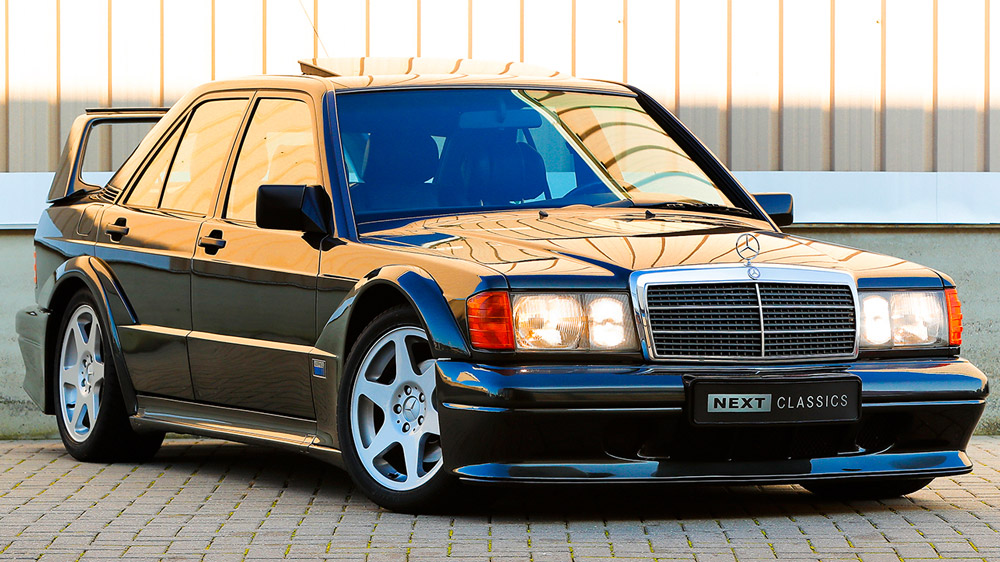 Photo: Courtesy of Bring a Trailer.

Only a few years ago, online collector-car auctions seemed to offer more risk than reward, and the docket of vehicles available for digital bidding reflected that fact. Much has changed since then, however, and Bring a Trailer is leading the way. In the fall, the online auction company sold a 1973 Porsche 911 Carrera RS for $560,000. More recently, it established a new house record for a Datsun 240Z, selling a 1971 example for $310,000.

Recent sales notwithstanding, the most telling comparison between in-person car auctions and those conducted online will be revealed later this week, when Bring a Trailer hammers down a sale price for a 1990 Mercedes-Benz 190E 2.5-16 Evolution II. The online sale of this rare 1990s Benz is particularly noteworthy because Gooding & Co. sold a different example of the model for $434,000 during its Scottsdale auction last month—a price that exceeded that car’s high estimate by more than $50,000.

As of a few days ago, the car currently on offer had a value set at $115,000; however, as Bring a Trailer’s auction manager, Howard Swig, acknowledges: “The most action occurs in the final minutes.”

Although Mercedes-Benz only built 502 examples of the Evolution II (more commonly referred to as the Evo II), the two aforementioned auction vehicles are similar, though not identical. Most notably, the car sold by Gooding & Co. (No. 256) had been driven fewer than 4,750 miles since new; while the odometer on the example with Bring a Trailer (No. 130) has seen roughly 83,800 miles.

The car features a five-speed manual transmission with limited-slip differential.  Photo: Courtesy of Bring a Trailer.

Aside from its additional mileage, the Evo II on the digital auction block features all of the same advancements that made the rest of its DTM (Deutsche Tourenwagen Masters) homologation brethren so desirable back in the day—and why they remain just as desirable now. The car boasts an AMG PowerPack with upgraded camshafts, a larger throttle body, engine management adjustments and intake and exhaust changes—all of which contribute to the car’s factory-rated output of 232 hp (at 7,200 rpm). Driving purists will also fawn over the Evo II’s five-speed manual transmission with limited-slip differential.

The 232 hp Evo II boasts an AMG PowerPack with upgraded camshafts, a larger throttle body and engine management adjustments among other enhancements.  Photo: Courtesy of Bring a Trailer.

Aesthetically, this car bears all of the components from the model’s enhanced body kit (one designed by aerodynamicist Dr. Richard Eppler). This particular example was delivered new to Switzerland, however, and that nation’s regulations prevented it from being equipped with the larger Evolution-style spoiler. More recently, the car was retrofit with the standard Evo II rear wing, but the sale also includes the original smaller spoiler that it sported at the time of its delivery. The opportunity to bid on this classic will end in five days.