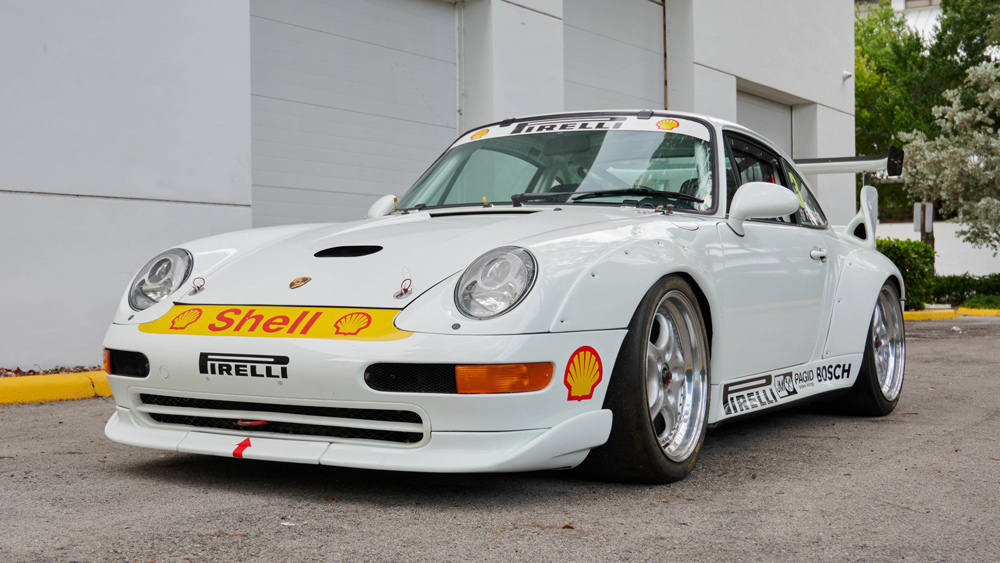 Porsche’s air-cooled swan song was sung by the 993 series, made from 1994 to 1998—the last of the air-and-oil 911s. That these cars have achieved cult status is no surprise; they were the most refined, powerful and—for many Porschephiles—beautiful of all 911s, although a topic of some debate for those attracted to the curvaceous front fenders of the original model.

North America got some interesting 993 model variants, including the Turbo S, but Porsche never saw fit to bring the sporting 993 RS to the US. Rarer still are the Carrera Cup race cars like the 1995 Porsche 993 Cup 3.8 RSR Evo offered on CollectingCars.com through October 15.

The 993 RS road car was a homologation special, and fewer than 1,100 examples were built. With an eye on the track, it weighed about 200 pounds lighter than a regular Carrera 2. It was not as hard core as its predecessor, the 964 RS, and was certainly not as light or elemental as the original 1973 911 Carrera RS. But the RS iteration was the most sporting of all the 993s, and it was used as a springboard for the track-only cars derived from that model and built to compete in the one-marque series that Porsche inaugurated in 1986 as the Carrera Cup. Only about 374 were built, each starting life as a 993 RS that was diverted from the assembly line to the race shop.

Porsche continuously developed improvements to the Cup cars throughout the 993’s lifecycle, and this example is the only 1995 version upgraded to 1997 RSR Evo specification after its original owner contracted Porsche Motorsports North America to carry out the work.

It may be minimalist, but the race-focused interior has been well maintained.  Photo: Courtesy of CollectingCars.com.

Although a 1995 example, the car was upgraded to 1997 RSR Evo specification by Porsche Motorsports North America.  Photo: Courtesy of CollectingCars.com.

Porsche only sold its Carrera Cup variants to participants of the series, and it’s a rare Cup car that remains intact and unscathed by track battles. As this example was only used in amateur contests and never competed professionally, it’s nearly pristine and has had only two owners. Values for these cars are difficult to establish; Euro-market road-spec RS models, in good condition, are worth well upward of $350,000 at present. With its accident-free history, full documentation and provenance from new, this 993 3.8 RSR Evo racer would constitute a precious air-cooled jewel in any rarified collection.