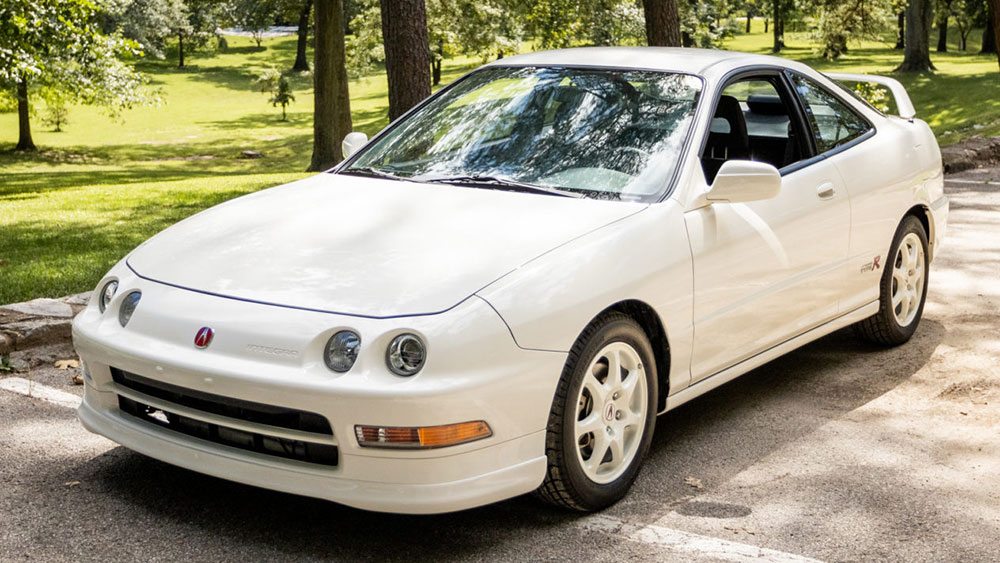 Nostalgia can be an extremely powerful force, one so strong that it pushes people to spend exorbitant sums of money on the relics of their youth. Take, for example, the Acura Integra Type R. What may at first just look like a sportier and more luxurious version of the 1990s Honda Civic has become an absolute must-have for car collectors who came of age during the decade.

Type Rs have been selling for increasingly higher prices for a few years now—one with just 1,200 miles on sold for $63,800 last year—but a just-sold 1997 model has pushed this phenomenon to a new level. As Jalopnik points out, a white Type R with one previous owner and 6,000 miles on the odometer just sold for a stunning $82,000, well over three times its original $24,000 sticker price.

The sky-high market for the car shows just how deceiving looks can be. While the Type R might look just like one of the most ubiquitous cars of its era, it’s actually a vehicle that car nuts lust over. Why? Because the Type R is maybe “the most legendary front-wheel drive car ever sold in the US,” according to the website. Hyperbole aside, the point is a fair one.

Originally brought to the US in 1997, the Type R featured a peppy 1.8-liter VTEC DHOC inline-four engine that brought 195 horses and 130 lb-ft of torque and was outfitted with a five-speed manual transmission. While the horsepower figure is nothing to write home about, that torque number is, especially since the car had a curb weight of just 2,600 lbs. Because of this, the Type R was capable of 8,400 RPM, an eye brow-raising figure that allowed it to compete with, and frequently beat, more brawny all-wheel drive competition like the Subaru WRX STI or the Skyline GT-R.

Despite all this, $82,000 is still a remarkable sum to pay for a Type R. It helps that the car had only one previous owner and so few miles on the odometer that the 22-year-old Integra is in basically mint condition. The 1997 Type R is also rare, as only 320 were brought to America that year.

Of course, this sale is no outlier. The Acura is far from the only Japanese import to make collectors go gaga of late. Amid changes in import laws, previously unavailable Japanese cars from the ‘80s and ‘90s have proven to be a huge hit on the auction market. Just ask the owner of the 1994 Toyota Supra that sold for a stupefying $173,600 last march. Father Time may be undefeated, but in the collector market, his cousin Nostalgia is running up a pretty impressive record, too.