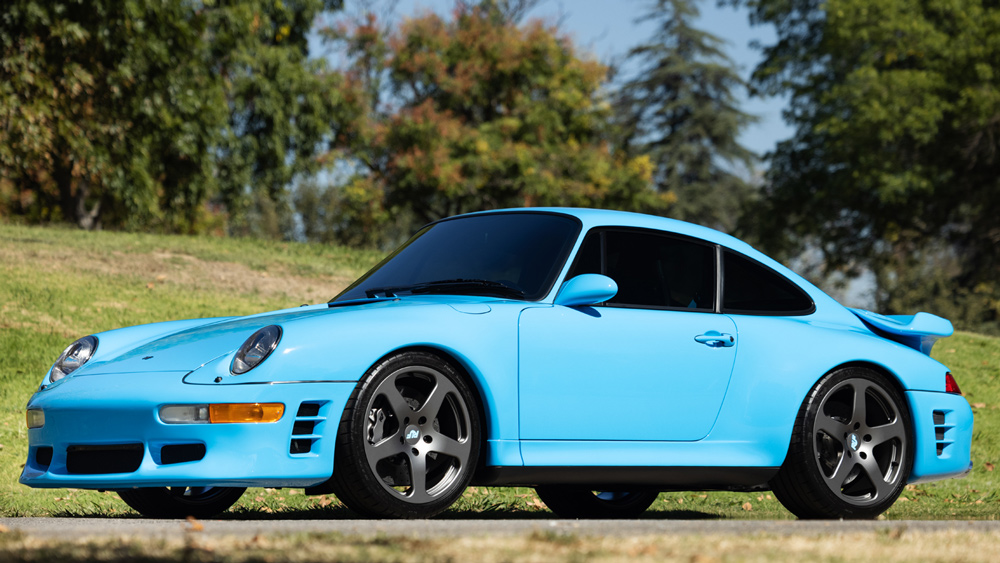 There will be no end of arguments among people who love Porsche 911s when it comes to declaring which cars in the lineage are the best. The first 911 rolled out of the Zuffenhausen factory in 1965, and 911s continue to do so today, entirely different from that original but in the same spirit that has made the model the most beloved sports car in history.

Every series has its fans, from the elemental 1973 Carrera RS to the 2022 GT3. In terms of development, things stayed pretty much on track through 1989, when the 911 became the 964. That car looked similar to its forebears but was 80 percent new under the skin, although only smooth bumper caps and uninspired new wheels distinguished it visually from its predecessors.

The 993 series, introduced for the 1995 model year and made through 1998, represented yet another step forward, with a much-improved engine, gearbox, and rear suspension. Porsche’s veteran designer Harm Lagaay restyled and updated the body, a fitting tribute from the man who first penned the script on the side of the Carrera RS in 1973.

The great dividing line between old and new, however, was drawn by the water-cooled 996 series that came to market in 1999 and caused great consternation among faithful Porsche enthusiasts who maintain strict abstinence from engine water. While its sophistication and performance eclipsed that of the air-cooled cars, the 996 has not matched the 993 series when it comes to allure. What many diehards consider a “real” 911 in comparison, the 993 is generally regarded as the most rewarding to drive of them all.

The Ruf Automobile story is familiar to most 911 aficionados, and any 911 with a Ruf badge—let alone VIN—is among the most desirable of Porsches for those in the know. Ruf cemented its early reputation with the CTR Yellowbird, launched in 1987. It was considered the world’s fastest production car at the time, with an unofficial top speed of 215 mph. And Ruf kept pace with Porsche 911 model advancements, developing 993 variants like this rare 1998 Turbo R Limited we feature here. The example is to be offered by Gooding & Company at the upcoming 2022 Amelia Island auction, which will take place on Friday, March 4.

One of only seven built, this Turbo R Limited represents the final air-cooled model produced by Ruf, and may be the ultimate refinement of Porsche’s 993 series. The example was built in 2016 using the remaining 1998 chassis that Ruf had set aside after production of the original Turbo R. Bearing a 1998 model-year Ruf VIN, the car is titled as a 1998 Ruf—not Porsche—despite being completed in 2016. Ruf is indeed its own manufacturer, as evidenced by a VIN that starts “W09,” unlike more numerous Ruf-modified Porsches that bear Porsche VINs.

Despite the cockpit’s numerous weight-reducing features, it does include a Ruf custom sound system.  Photo by Brian Henniker, courtesy of Gooding & Company.

The vehicle’s design is based on the 993-generation Porsche 911 Turbo, with performance, fit and finish pushed to the edge. The twin-turbo flat-six power plant develops 625 hp, with carbon-ceramic brakes fitted to complement the engine’s prodigious output. The lightweight interior features carbon-fiber sport bucket seats trimmed in black leather with Porsche’s traditional, and oh-so-retro, Pepita-fabric (don’t call it houndstooth) seat inserts.

A Ruf custom sound system is also installed, though it begs the question why anyone would wish to hear anything but the engine. Importantly, this car makes an indelible impression with its color, and is the only Ruf Turbo R Limited painted in the rare Porsche factory color known as Riviera Blue. More intense and saturated than Gulf Blue, and not as deep as Mexico Blue, it’s a perfect period-correct automotive fashion statement. In pristine condition and with only about 1,250 miles from new, this Ruf rarity carries an estimated value of between $1.4 million and ­$1.8 million.