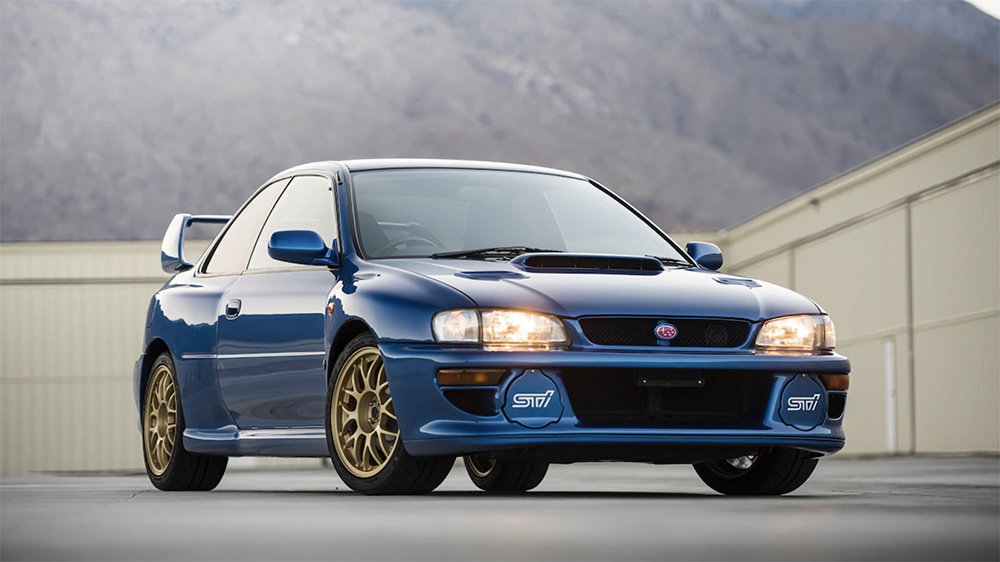 Pay enough attention to car auctions and you’ll find it’s common to see vehicles selling for $300,000 and up. What is rare, though, is when one of those cars is a Subaru.

A 1998 Impreza 22B STI with over 25,000 miles on the odometer sold for a jaw-dropping $312,555 through Bring a Trailer on Monday. Why so much money for a 23-year-old compact? Because the coupé is viewed by many as the ultimate Subaru.

Revered by rally racing fans the world over, the 22B is a super rare homologation special built to celebrate the Japanese automaker’s 40th anniversary and its third consecutive World Rally Championship title. It’s basically a street-legal version of the Impreza that participated in the racing series—but it comes loaded with a number of body and performance add-ons as standard features.

Subaru only built 400 22Bs and outfitted each with a wide-body kit, giant adjustable rear wing and 17-inch gold-painted BBS alloy wheels, according to the listing. Underneath the pint-sized two-door’s hood, you’ll find a 2.2-liter turbocharged flat-four mated to a five-speed manual transmission. Although it’s far from the biggest mill, it was still capable of producing a robust 280 horses, which was more than enough for late racing legend Colin McRae. Other upgrades include all-wheel drive (naturally), an electronically locking center differential, red-finished STI brake calipers and a ProDrive-tuned suspension. This particular example, number 156, is also finished in World Rally Blue and features a matching two-tone interior with an air conditioning system.

This 22B began its life in Japan—it’s a right-hand drive vehicle—but was eventually imported to the US under the Show or Display exemption law. Despite having so many miles on it, it appears to be in wonderful condition and comes with full documentation. It’s not in complete factory condition, of course, as its timing belt, water pump and 235/40 Dunlop Direzza ZII tires are brand new.

Inside the Impreza 22B STI  Bring a Trailer

It’s still unclear, but Monday’s sale may make this 22B the world’s most expensive Subaru, reports Road & Track. Another World Rally Blue example with just 271 miles on the odometer was listed for $370,000 in the UK last year, but it’s unclear if it ever sold. The only confirmed sale that approaches this is an Impreza WRC car actually driven by McRae that sold for $300,000 in 2017.

Any way you look at it, though, nostalgia is a powerful thing, for car collectors and racing fans alike.