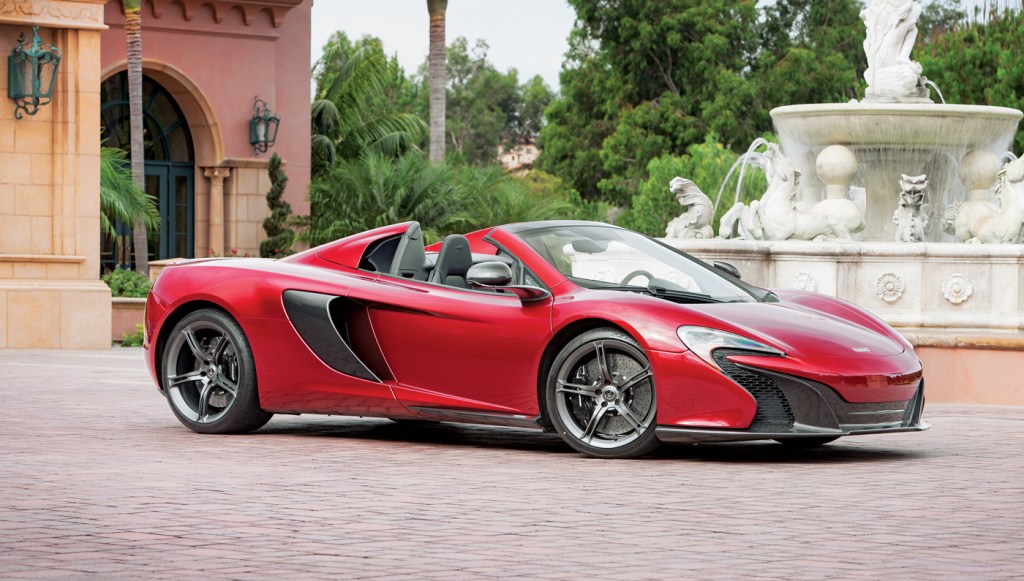 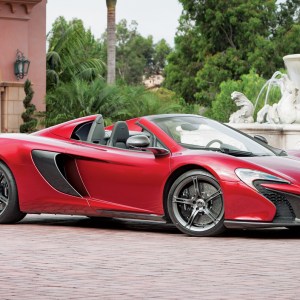 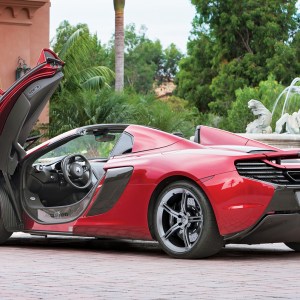 The British-built McLaren 650S Spider proved the most formidable challenger to Ferrari’s 488 GTB, impressing our judges enough to finish in a not-too-distant second place. “It’s total perfection and fun,” said Alan Mark. Added Diane Zeiger, “The design, driving performance, and interior electronics are a step above the Ferrari.”

Inspired by the McLaren P1 and deemed a notch above the 12C, the mid-engine, open-top 650S Spider shares the latter’s carbon-fiber-reinforced polymer monocoque tub, which derives from the marque’s Formula 1 cars. The 3.8-liter twin-turbocharged V-8 engine pumps out 641 hp and 500 ft lbs of torque. It’s paired with a 7-speed dual-clutch gearbox. “It’s a flawless transmission married to a remarkable power plant,” said Lee Applbaum. “This is the closest you can come to experiencing the thrill of a Formula 1 car.”

“It’s as perfect, antiseptic, and clinical as the factory in which it is made.” —Robert Ross, Robb Report automotive consultant

A large front splitter, air intakes, and door blades borrowed from the P1 are among the design elements that enhance the 650S Spider’s aerodynamics. According to McLaren, the car produces 24 percent more downforce than the 12C—when it’s traveling at 150 mph or faster. None of the judges admitted to reaching that speed on the roads outside San Diego; however, they were able to test the car’s acceleration, which McLaren claims enables it to reach 60 mph from a standstill in 2.9 seconds. “I scared myself to death when I punched it—and loved the adrenaline rush,” said John Plueger. G.J. Hart warned that the car is “not for the faint of heart,” and Hans Eulenhoefer promised that it “will get blood back in your face.” Brian Matthews had some advice for back-pain sufferers: “Do away with your chiropractor; just punch this baby and you’ll be completely adjusted.”

Despite its abundant power and scary speed, the McLaren earned praise for being comfortable enough to drive every day. Dan Moyer described the ride as smooth: “This car hugs the road and feels very safe. It offers fun performance at speeds you can drive.”

“On paper, the 650S and Ferrari GTB are nearly identical, but the McLaren has an extra touch of magic when you press the accelerator. It delivers a swelling wave of power that envelops the car before sweeping you into a state of blissful exhilaration.” —Bailey S. Barnard, RobbReport.com editor