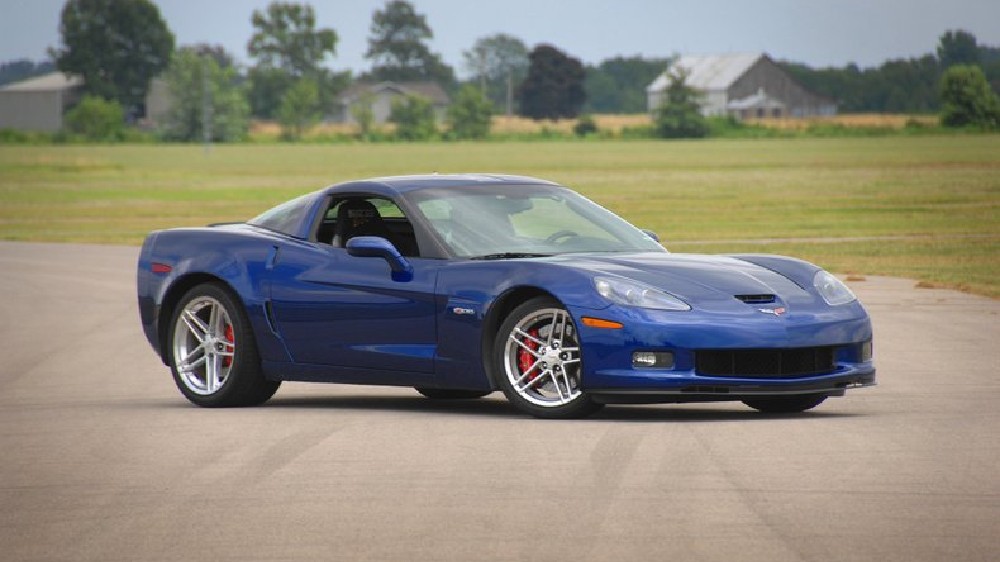 The new C8 Corvette will finally hit highways across America to much fanfare later this year. After years of rumors, the Chevrolet has finally shifted to a mid-engine design for the eighth iteration of the sports car, something that has raised hackles among its more traditional fans. Luckily, purists have 67-years-worth of front-engine Corvettes to plumb, and now one of the most intriguing of those models is up for grabs.

A sixth-generation Z06 Corvette is currently up for sale  at GT Motorcars in Connecticut. And this not just any old Z06; it’s the first sixth-generation variant to roll off the line at General Motors’s Bowling Green assembly plant back in 2005. Nicknamed the “Blue Devil,” the prototype was used for developmental testing at race tracks all over the world, including Nürburgring, Spa Francorchamps and Spring Mountain.

And just as you’d expect from a car that has circled the Nürburgring a few times, it’s got some serious power. This particular Z06 features a beefy 7.0-liter V8, which was codenamed the LS7, mated to a six-speed manual transmission. The naturally aspirated engine, the last to ever be featured in a Corvette, is capable of churning out an extremely impressive 505 horsepower and pushing the car to speeds of over 200 mph, according to GT Motors. The car was treated to a full refresh by GM in 2008, including a new engine, transmission, and torque tube, though it’s still outfitted with its original racing-style bucket seats and fire suppression system.

There’s a catch, though. Whoever buys the historic Z06 won’t be able to show it off around town. Like most factory prototypes, the car doesn’t have a VIN number or title, meaning you won’t be able to register for the road, according to Road & Track. The “Blue Devil” is for display or racing only. Of course, if you have a nearby race track and a trailer, that won’t matter any.

While GT Motors doesn’t list a price for the car, the dealer told Robb Report that the car could be yours for $79,000, which is 60 percent more than the car sold for at auction back in 2009. Still, for lovers of the front-engine Corvette, it just might be a price that can’t be beaten.

Check out more photos of the prototype below: