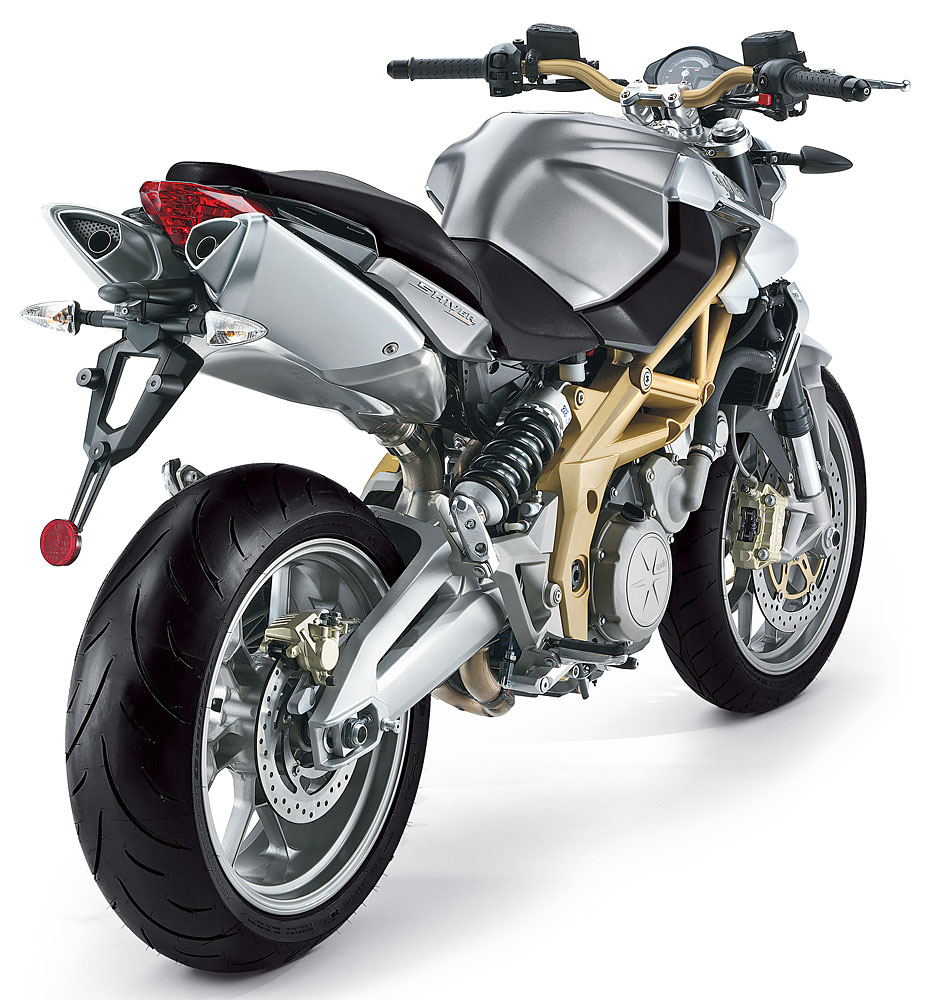 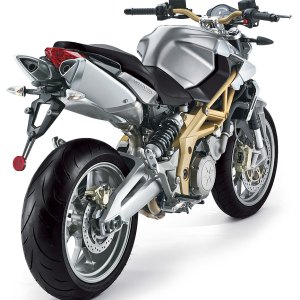 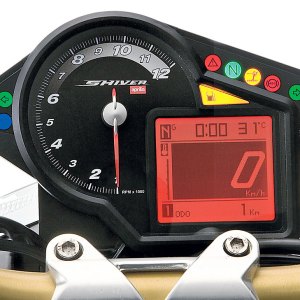 While competing in its third

Grand Prix motor racing season in 1987, Aprilia won its first title, at the

Grand Prix of San Marino. Since then, the Italian producer of motorcycles and

scooters has won 32 world titles and recorded 250 individual victories. Despite

its racing success, the brand has remained relatively obscure in the United

States. However, Aprilia should raise its profile next year when it brings its

“The Aprilia 750cc bike is targeted at a broader audience, from

is shorter and more compact, which is better for weight distribution on a race

Wire technology, which eliminates the throttle cable and relies on electronic

advances. The use of such complex electronics enables the engine to deliver more

torque at low revs. The Shiver is light—only 416 pounds—and its high-powered

engine, which can produce 95 hp at 9,000 rpm, was designed to require minimal