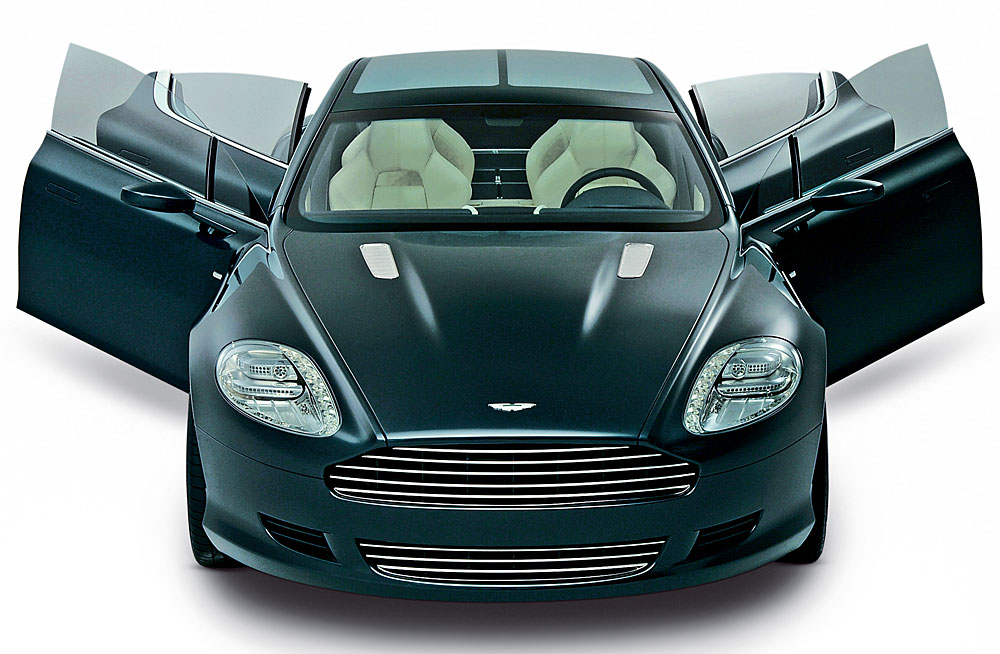 At various times in the previous

Now the name Rapide has returned, raised from the

dust by British carmaker Aston Martin, keeper of the flame and files of Lagonda,

the company that built the original Rapide tourers (1934–1937), the Lagonda

which until earlier this year was owned by the Ford Motor Co., will begin

producing a new Rapide for 2009, three years after the vehicle’s premiere as the

magnificent and well-received miscellany of coupes and convertibles, V-8s, and

V-12s. The company has whelped more cars in the past five years than it had in

its previous eight decades, and all have embodied the business gospel according

to CEO Ulrich Bez, who insisted that the brand remain politely independent of

Ford when building engines, transmissions, technology, and major parts, because,

he says, an Aston is “not just another chunk of metal.”

Aston will build the Rapide upon the same platform and with

Power has been improved from 450 hp to 480 hp, and top speed will be a whisker

configuration as that of the original Lagonda Rapide. Also worth noting is that

More significant than its history or its muscle is the new

Rapide’s configuration; it will be a four-door, four-seater priced at more than

$200,000 and presented as Aston Martin’s challenge to Bentley’s Flying Spur and

Maserati’s Quattroporte (and Porsche’s Panamera, which will arrive within the

next two years). “We see it as our flagship car,” says Aston spokesman Tim

Watson. “It is strikingly different but still shows the Aston Martin traditions.

And a trust. It’s not a Ferrari and it’s not a Porsche. It’s an Aston.”