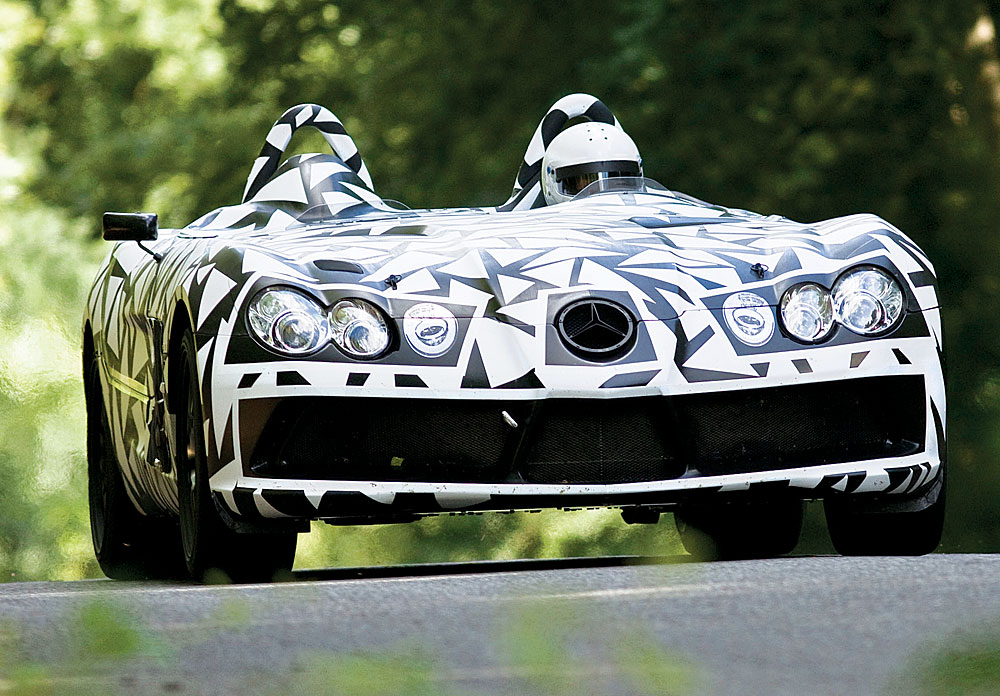 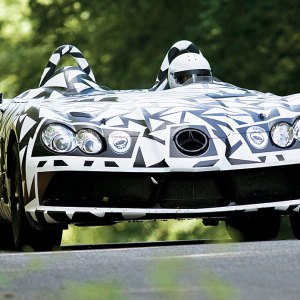 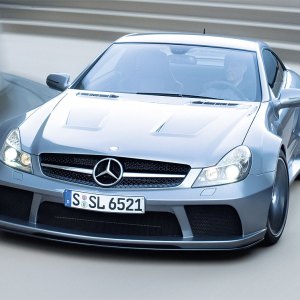 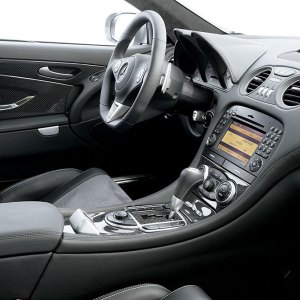 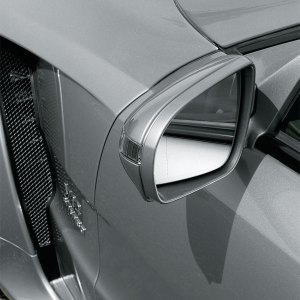 Call it stealth marketing. Over this past summer, Mercedes-Benz leaked a few photos depicting a camouflaged Speedster version of the SLR McLaren onto the Internet. Shortly thereafter, YouTube buzzed with video footage of the undercover supercar lapping Germany’s Nürburgring test track. The Speedster—which is reportedly capable of a 220 mph top speed—represents the SLR McLaren’s swan song, and company insiders say that production of this latest iteration will be limited to just 75 units. Alas, none of those cars will be exported to the United States, where the SLR series instead will conclude with model-year-?2009 Roadsters.

If the death of the McLaren model is bad news for Mercedes-supercar aficionados, they need not mourn for long: Early next year, the company will introduce an AMG-built coupe that should prove a worthy successor to the SLR. Dubbed the SL 65 AMG Black Series, the new car—which goes on sale in January at a price Mercedes promises to keep under $300,000—?will be a performance-tuned, lightweight version of the company’s revered SL.

The Black Series vehicle will have little in common with the regular SL 65 AMG hardtop convertible. For starters, the Black Series will not be a convertible. Taking the designations sporty and light to their limits, the car will be available only as a coupe, to free it of unwieldy retractable-hardtop motors and hinges. The immobile roof will be made entirely of lightweight carbon fiber—as will the front fenders, front and rear aprons, hood, and trunk lid—resulting in a 550-pound weight savings from the run-of-the-mill, $191,000 SL 65 AMG.

Forged-alloy wheels will further reduce the automobile’s mass, which should keep the broad suspension nimble. (The rear track width alone will be nearly 4 inches greater than the standard SL 65 AMG’s.) Aesthetically, the Black Series will distinguish itself from the SL 65 AMG with exaggerated wide-body proportions, flared front and rear fenders, and hood air intakes with an aggressive look that recalls a Rottweiler’s nostrils. The suspension will be fully adjustable, and a trick rear spoiler will add downforce by deploying from the trunk as the car nears 75 mph—when the SL 65 AMG Black Series will still be getting warmed up.

Tuned to generate 661 hp and 738 ft lbs of torque, the Black Series’ twin-turbocharged, 6-liter V-12 engine will be the most powerful motor ever built by AMG. (Final assembly will not take place in Bremen—the point of origin for all other SLs—but rather in Affalterbach, the home of AMG.) All that power will reach the pavement via AMG’s SpeedShift Plus 5-speed automatic transmission. The result, according to Mercedes, will be zero-to-60-mph times of about 3.8 seconds, and an electronically governed maximum speed of 198 mph. Super, indeed.