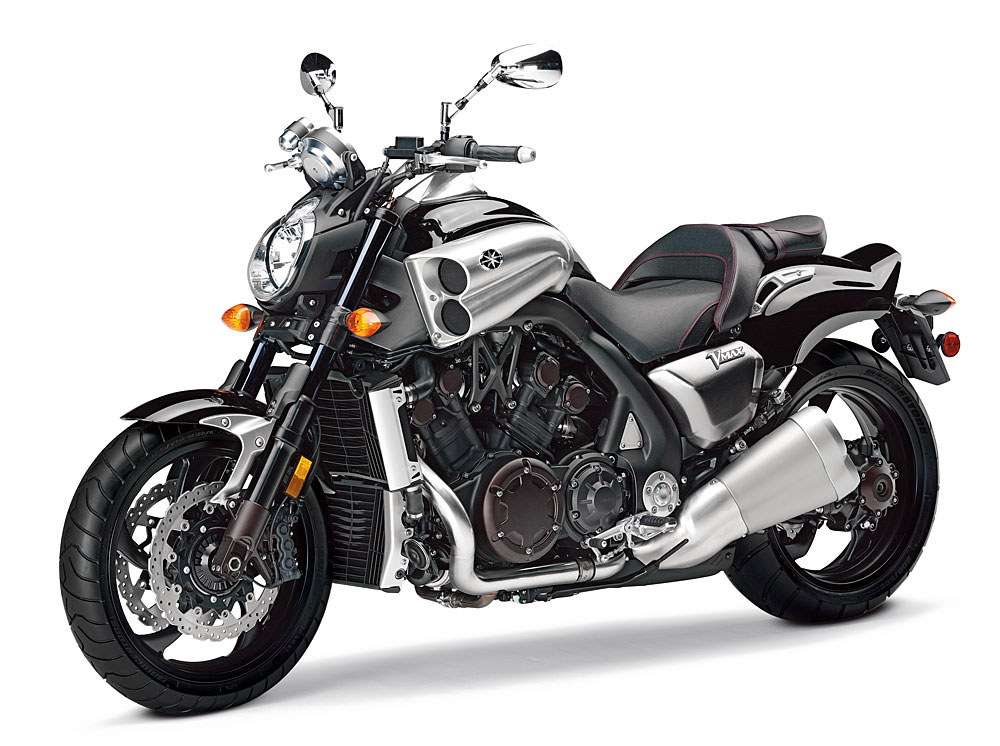 Two hundred horsepower may seem trifling to sports car aficionados, but it is a magic number for motorcycle enthusiasts. While it will likely fall a few horsepower short of that figure, the all-new 2009 Star VMAX should rewrite the quarter-mile record books for production motorcycles. The bike’s muscular, 1,679 cc, short-stroke V-4 powerplant will conspire with weight-saving measures—including an aluminum chassis and titanium mufflers—to propel the VMAX to cruising velocity in a hurry. A 200 mm Bridgestone radial rear tire will help keep the bike steady at high speeds, while a slipper clutch and antilock brakes should ensure a safe return to legal limits. The VMAX debuted as a Yamaha in 1985, but the bike has not been updated significantly until now. Under the Star banner, the $17,990 2009 VMAX will be available only by special order and limited to 2,500 production bikes, each adorned with a numbered commemorative plate.