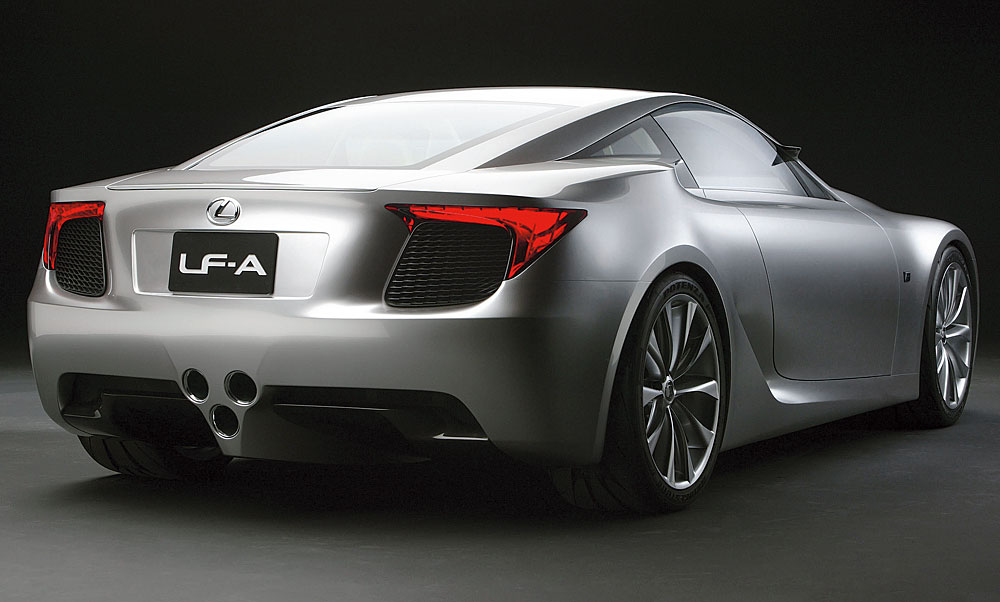 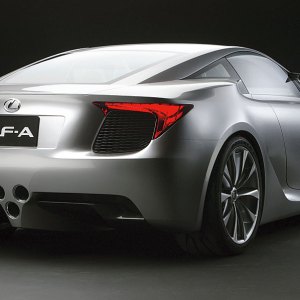 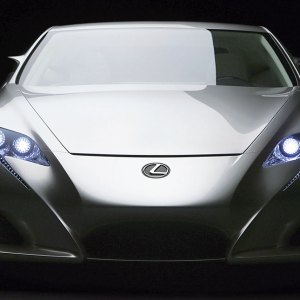 Japanese automobile companies are notoriously reticent when it comes to sharing information about potential new models. But while it has yet to confirm any details about its forthcoming supercar, Lexus has not been shy about testing prototype two-seaters at tracks around the world. The vehicle in question—which may be introduced as the Lexus LF-1 production car as early as the 2010 model year—debuted as the LF-A concept car at the 2005 North American International Auto Show in Detroit. At the 2008 show, Lexus displayed an open-top version of the vehicle. The racy prototypes are roughly the size of Aston Martin’s V8 Vantage; the Lexus’ 102.3-inch wheelbase is only two-tenths of an inch shorter than the Aston’s. The rear-wheel-drive LF-1 will likely use the same front-mid-engine, rear-transaxle layout as the Vantage, though the Lexus’ engine will benefit from an extra pair of cylinders. The supercar’s high-revving, 5-liter V-10 is expected to generate more than 500 hp.