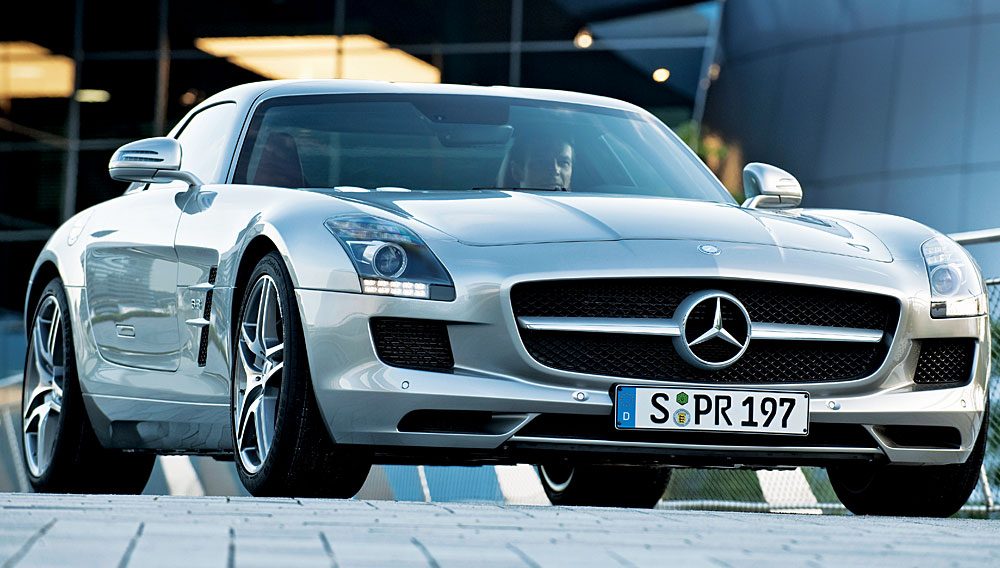 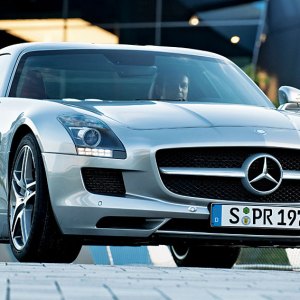 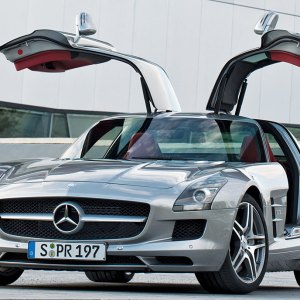 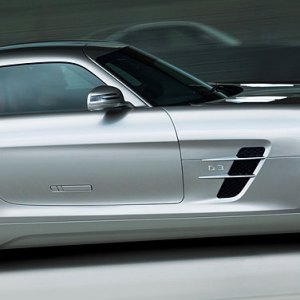 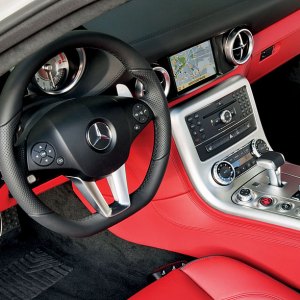 After more than half a century, Mercedes-Benz will spread its wings once again with the 2011 SLS AMG.

This past March, Mercedes-Benz invited a select group of journalists to the AMG headquarters in Affalterbach, Germany. The purpose of the trip, which preceded the Geneva International Motor Show, was a mystery to the invitees, and rumors buzzed among them of a possible replacement for the SLR McLaren supercar. But Volker Mornhinweg, chairman and CEO of AMG, silenced the media members when he stood up and whispered one word: Gullwing.

The story of Mercedes-Benz’s iconic gullwing doors begins with a happy accident in the 1950s. The first frame design for the 300SL left no room for traditional doors, but race rules at the time required that all cars be equipped with operational points of entry. Mercedes therefore developed hinges for the roof of the car, a move that led to arguably the most distinctive design feature in automotive history.

After more than 50 years, the doors are back—and this time they’re intentional. Officially called the 2011 Mercedes-Benz SLS AMG, the new Gullwing is an obvious throwback to the 1954 300SL. But the SLS represents a couple of firsts for the German automaker: It is the first car developed entirely by AMG (the brand’s in-house performance tuner), and it is the marque’s only sports car with an all-aluminum body, chassis, and engine.

A revised version of AMG’s impressive 6.2-liter V-8 engine—featuring an all-new magnesium intake system and a reworked valve train and exhaust system—underwent rigorous testing beneath Dodge Viper body shells (a measure taken to camouflage the SLS’s true identity). Roughly 40 prototype mules tallied more than 750,000 miles collectively across several continents to ensure that the new Gullwing lives up to its full potential when it reaches dealer showrooms in spring 2010.

With 563 hp and 479 ft lbs of torque, the new Gullwing will certainly go fast. Mercedes says the car—using AMG’s Race Start launch control—will hit 60 mph in 3.9 seconds and will continue on to a 196 mph top speed. Serious drivers will want to check the box for the optional ceramic composite brakes, which feature instantly recognizable gold-plated calipers and AMG Carbon Ceramic logo decals. A new multi-clutch 7-speed transmission also helps to rein in the car’s impressive power.

Pricing for the SLS is expected to be about $200,000. But collectors may consider the car a bargain when compared with its winged brethren: The original 300SL Gullwing, which Mercedes built only 1,400 examples of from 1954 to 1957, can approach prices as high as $1 million at auction.